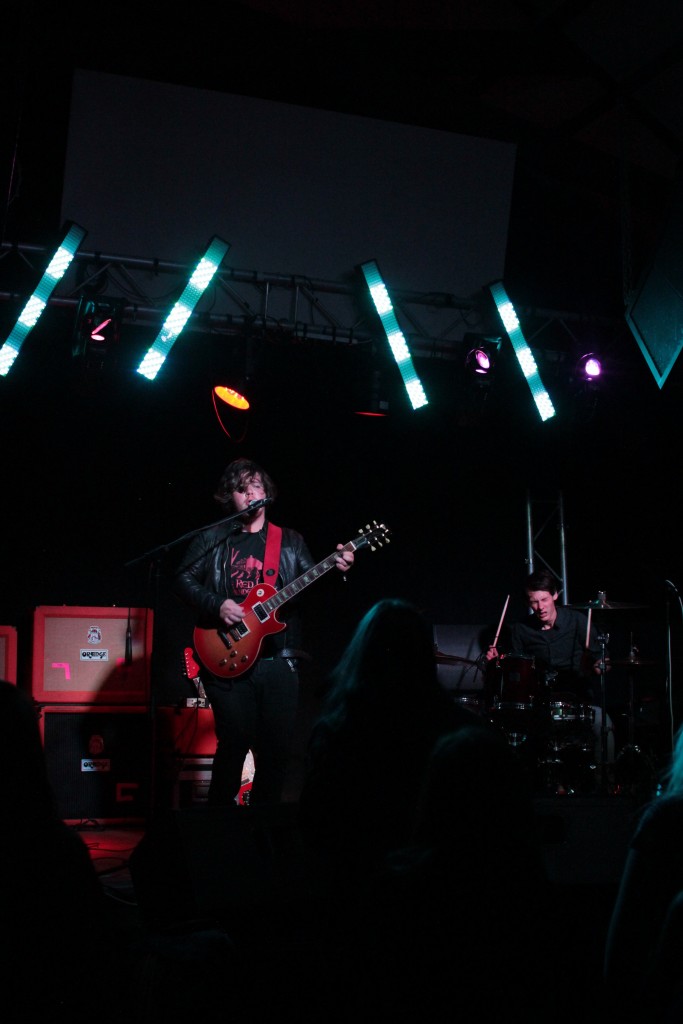 Red Room Therapy are an act that are no strangers to Circuit Sweet, we first discovered this talent at a local Hereford fundraiser for WEST MERCIA WOMEN’S AID back in 2012. Since then we’ve grown to admire this unique band, who we’ve seen progress on their own journey leading up to their milestone debut album release at the tail end of last year.

The Pontypridd based act (with Herefordian ties) consist of Osh Jones- Guitars/Vocals and Jordon Robinson – Drums, live they are joined by bassist Liam Bevan. Together this passionate rock outfit will simply captivate you. Over the years, one thing Red Room Therapy can promise- with their live sets, their live capabilities, their workmanship and their charm- this band will always deliver. The band have also so easily captured said talent so effortlessly on their 10 track debut album ‘All in The Mind’, which saw the light of day November 2014.

It’s no surprise that Red Room Therapy have an enviable loyal fan base, they work hard and it’s paying off for them.

We are extremely lucky to spend some time with both Osh and Jordan to find out more about their flawless release, their inspiration behind the album, their recent album launch, festival appearances and more about all things Red Room Therapy.

Firstly We want to get to know more on you. Please introduce yourselves and your role within the band?

Osh: My name’s Osh and I’m the shouty singer man who likes to twang a few chords on the guitar.

Jordon: Whereas I’m a gentleman who plays the drums. With my shirt off.

How did you all form and where did the name come from?

Osh: Jordon came to live in Wales for a while and we grew quite fond of him. Actually we stole him because he’s so good on the drums so we created Red Room Therapy. The name’s a bit of a secret though.

What inspires you to get behind a drum kit, pick up your instrument and sing?

Jordon: It sounds a bit dismissive towards non-musical people, but life is so much better when you play music.

Osh: What he said. I don’t know how I’d cope without it. 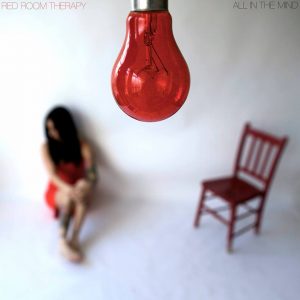 At the tail end of last year you released your debut album “All In The Mind’ – We would love to know the ins and outs on this release. Describe your writing process together/recording process and how you’ve managed to get to the point of this standout release?

Osh: To be totally honest, a lot of the writing process just involves jamming. Sometimes we’ll jam something for a while, then take all the bits we like and put them into 4 minute bursts of song. I probably spend a lot more time thinking about lyrics because I try not to let them sound mundane.

What do you feel the album captures?

Jordon: We wanted our first album to capture most of the sounds that make us who we are, and we’ve worked pretty hard to make that happen. Hopefully anyone who listens to this will be sucked into hard, energetic rock’n’roll.

What was the passion/inspiration behind each track that made the final cut for ‘All In The Mind’?

Osh: All of the songs on this album are loosely based around the album title. Whether it’s about society, sex, prejudice or dealing with your own personal demons, it’s all in the mind.

Where can we all find the release?

Jordon: At the moment we’re selling special limited edition copies of the album on our website until they’re all gone, but if you want the quick and easy way you can download our album on iTunes.

You recently celebrated the release with a special Launch Night show at Clwb Ifor Bach in Cardiff, how was the album launch?

Osh: Absolutely bonkers. Whenever we put the word ‘party’ on the poster everyone just seems to go nuts. The best thing is that it’s made us really excited about the future. The way we look at it, if that’s the kind of party we can have now, what will it be like in another two years time?!

Did you personally pick your support from Florence Black and Dead Shed Jokers to join the celebrations?

Osh: Yes. We picked them because not only are they friends of ours, but we’re also big fans of their music. Both are absolutely brilliant bands.

Let’s find out more about your live attributes- Describe what you think you each bring to your live performances, sell your showmanship, sell us your sets. (We’ve seen you and we instantly fell in love)

Osh: Our mindset is pretty straight forward when it comes to live performances. We focus on putting all of our energy into playing our songs with as much passion as possible. Our intention is to rock people’s socks off wherever we go.

Jordon: We love opening with All in the Mind cause it gets people into the rock’n’roll spirit every time. Although, nothing beats hearing the crowd cheer when we play Skin & Bone. Everybody loves that tune.

Osh: Lately we’ve noticed a lot more people singing along at our shows, which is such a great feeling.

Although based in Pontypridd, Wales, with a Herefordian drummer you’ve got strong ties to the Hereford live scene and you are a promising local act.

You played and headlined the first ever Hereford Live launch night and have since supported many HL related shows but tell us personally why you love Hereford Live?

Jordon: When I was living in Wales, every once in a while I’d come home to Hereford to ease the homesickness. After a while I invited Osh and the guys to come and hang out here and we actually ended up recording some of our first demos here, which was fun. At the end of the day, Hereford’s my hometown and I’ll always want live music to happen here. Headlining the Hereford Live launch night was a very humble personal experience.

Last year Red Room Therapy won a special competition to play at local renowned festival Nozstock, how did this come about and tell us about your festival appearance?

Osh: If you spend some time in Hereford it doesn’t take long to hear about Nozstock. I was curious about this festival I heard such great things about and decided to check it out. Last year they were calling out for artists to submit a song to be considered for a main stage slot. There were some great artists on the list so we were absolutely thrilled to be chosen, especially when we got there and discovered that the main stage was a giant dinosaur.

Osh: Believe it or not, this is actually just the beginning. Now that we’ve released our first album we’ve got all sorts of adventures to come. We’re filming some music videos over the next few months before we get ready to rock a few festivals over the summer.

Jordon: I’m personally looking forward to playing the Saturday night at Down on the Farm this summer – not just because we get gallons of beautiful cider.

Make sure you support RRT and pick up their album now  https://itunes.apple.com/gb/album/all-in-the-mind/id942901312