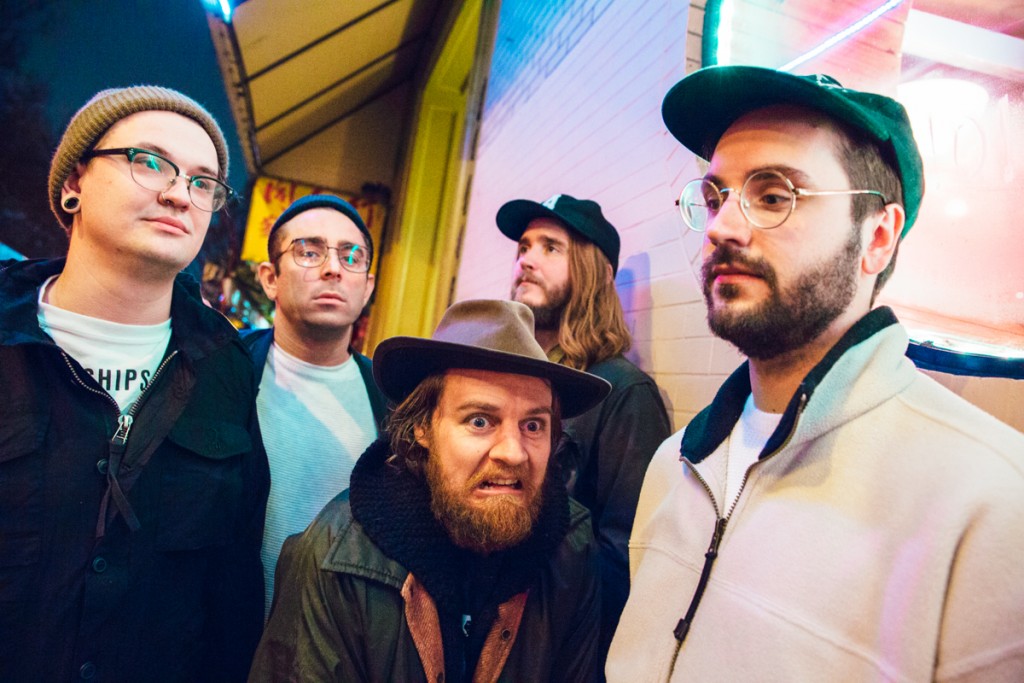 “NEEDS” LP set for May 12th release via File Under: Music

Vancouver’s NEEDS debuted their new music video for “We Forgot The Records to our Record Release Show” via NPR Music’s All Songs TV and the first sentence of Robin Hilton’s write-up says it all, “I love this band”. The video, directed by Matt Leaf, is comprised of a day in the life of Vancouver punk scene photographer Ryan Rose, comes from the band’s upcoming self-titled full length debut, NEEDS. Due out on May 12th via File Under: Music (Slam Dunk, Dan Mangan, Anchoress), pre-orders are available with the first 100 copies on limited edition black and white mixed vinyl. NPR’s Hilton, co-founder of All Songs Considered, continued his initial sentiment, elaborating about the single with, “I love this band. For its chaotic, full-throttle rock. For its world view — a mix of sweet idealism and brooding cynicism — and for its self-deprecating sense of humor. You can hear it all in the NEEDS song”.

When asked about the song’s lyrics came about, frontman Sean Orr offered, “I’m a 36 year old hipster dishwasher so I sort of have to constantly affirm that my lifestyle is worth it. I wrote it in my head while watching this band Storc play at our record release show, of which we forgot our records to. I was just like “what am I doing”? But then the answer is, well what is the alternative? I could be living in the suburbs, where I grew up, and have kids and a boring job like all my old high school friends. It’s very cathartic for me, but its also kind of light hearted. It’s a song about douchebags who bullied me, and so it just made sense to have a guy like Ryan Rose, the antagonist in the video, go from his house in the same suburb that I grew up in, to downtown Vancouver. He is an interesting guy and has a disorder called cleidocranial dysostosis, so I imagine it must have been tough for him growing up there.”

STREAM NEEDS’ “WE FORGOT THE RECORDS TO OUR RECORD RELEASE SHOW” VIA NPR MUSIC:
http://www.npr.org/event/music/401471742/needs-we-forgot-the-records-to-our-record-release-show

NEEDS are bringing their explosive live show back on the road next month and this summer, performing throughout the United States’ west coast and a run of Canadian dates with BRASS. Having served as direct support to Fucked Up, White Lung, Trash Talk, and Perfect Pussy, the band have built a reputation throughout the Vancouver scene thanks to unpredictable live shows that make them a must see live act. The chaos and carnage of NEEDS live is well constructed fury manifested with a reckless abandonment and most definitely can’t be missed. Check out all their dates below.

For their debut album on File Under: Music, NEEDS decided to step back from the chaos that has always fueled their live shows and purposefully craft a record that inspires you to never stop listening.

NEEDS bassist Glenn Alderson has a picture hanging on his fridge of vocalist Sean Orr lying shirtless on the floor, screaming into a microphone propped up in shoe. The photo was taken at the explosive final show for Orr’s last band, which Alderson saw as the beginning of his new band. After getting guitarist Derek Adam (You Say Party) on-board, he got Orr back on the mic. Guitarist Colin Spensley and drummer Devin O’Rourke witnessed the early NEEDS performances and took no convincing to join the orchestra for Orr’s performance piece, in which nothing he can get his hands on is safe. RIP pineapples and pint glasses.

“Sean is a very sensitive man,” Alderson says. While he may display a certain feral numbness live, it’s merely a presentation of the anger from the many worldly thorns in his paw. In fact, the first new song written for the record, “Clowns to the Left of Me, Dzhokars to the Right,” was written the day after the Boston Bombing. Once they had an album’s worth of material they retreated about as far from civilization as you can get; the Noise Floor Studios on Gabriola Island with producer Jordan Koop (You Say Party!, The Courtneys, Needles//Pins). While this was their third time recording with Koop, the previous sessions were all done live off the floor to capture the band’s live energy. But according to Spensley, “this time we decided to go track by track and really polish these songs, letting every part stand on its own.” A risky maneuver for a band whose unpredictable live shows have earned them spots on bills alongside Fucked Up, Perfect Pussy, Trash Talk, Single Mothers and White Lung.

The resulting record, mastered by Paul Gold at Salt Mastering (Viet Cong, Animal Collective, Grizzly Bear), is a presentation of cohesive chaos; the bass and drums set you in your place while the guitars have an angular chat around you. When Orr’s emotionally charged call to arms, apathy or caring come in it’s the tie that binds. Together they take the listener on a 10-song journey through suburban doldrums, urban renewal, the idiocy of punk music, a smoke break, decay and despair. “But there’s a cleanliness to the destruction,” Orr says. Indeed the concluding lyrics provide a practical reason for it – “Give up. So we can begin.” It certainly seems to have worked for NEEDS on their debut LP. NEEDS will be on tour throughout North America in 2015 and will release their self-titled album on May 12.

“They’re another politically conscious hardcore band, sure, but they’re not spewing bile and ideology. Instead, NEEDS are just trying to point out how endless the downward spiral of injustice and subsequent hypocrisy really is.” – Stereogum