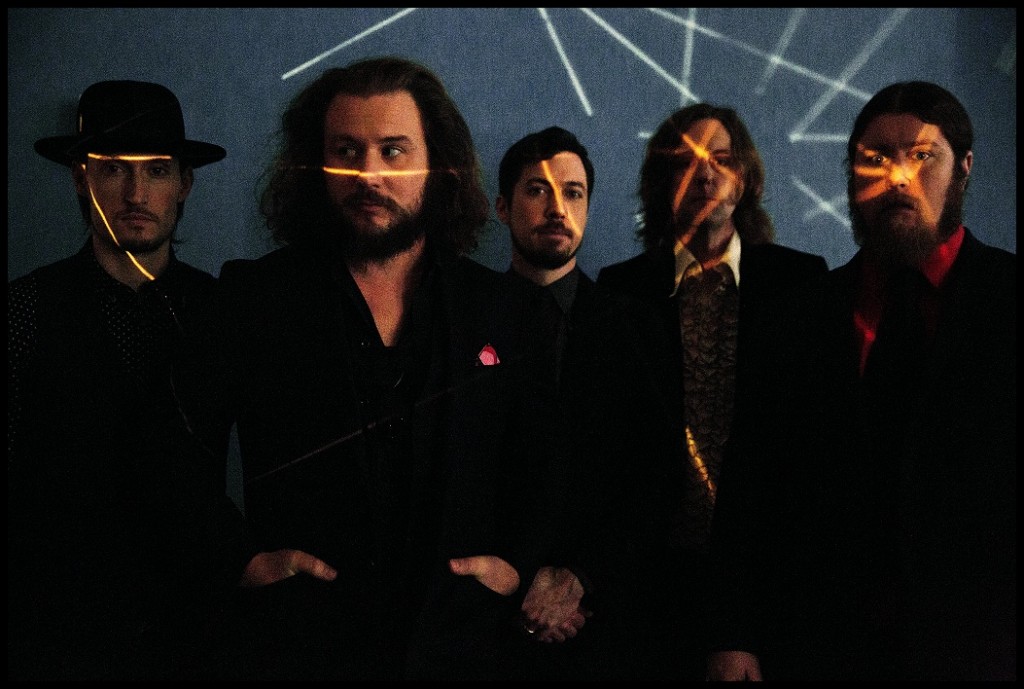 The Waterfall Out May 4th
via ATO Records

In anticipation of the release of My Morning Jacket’s new album The Waterfall, out May 4th via ATO Records, the band has just announced a long-term philanthropy effort called The Waterfall Project. Named after their new album, the project has been established to house the band’s ongoing cause-related work.

On the heels of this announcement My Morning Jacket has also released a new video with Sonos, the creator of the world’s leading wireless hi-fi system. The video, as seen on Vanity Fair, is an invitation into the world of their seventh studio album, which was recorded at picturesque Stinson Beach, California. Jim James and Bo Koster share the story of how an old black-and-white photo of Yosemite’s Vernal Falls became the record’s vibrant cover art. The video culminates in the transformation of the image into a kaleidoscopic mural by the non-profit global art organization Beautify Earth that is changing the world one wall at a time through public art, a Waterfall Project collaborator. Be sure to watch and share on Sonos Studio.

The inspiration and drive behind The Waterfall Project is to support great nonprofit organizations and to promote the seemingly small acts people take towards making a difference, and that when combined with others, can lead to big change. Over the course of this album cycle, The Waterfall Project will focus on supporting and amplifying environment and climate issues. The effort will include raising funds through ticket proceeds, exclusive merchandise items, direct donation, and fan engagement with great nonprofit organizations. Beneficiaries of The Waterfall Project are: Kentuckians for the Commonwealth, The Gulf Restoration Network, and Climate Justice Alliance.

The Waterfall Project is powered by Revolutions Per Minute (RPM), a nonprofit agency that provides artists with strategy and support for their activism and philanthropy.

For nearly a decade, My Morning Jacket has woven activism and philanthropy efforts into their music career. Utilizing their unique platform to support organizations and work they admire, the band has pushed to promote awareness and actions for timely issues, including mountaintop removal, just and humane immigration reform, voter registration, and many others. This support takes many forms and in the past has been through ticket add-ons, donating tracks to benefit albums like Red+Hot Fela Compilation and Dear New Orleans, special performances, and numerous other acts. Since 2007, the band and its individual members have generated almost $300,000 in funds for nearly 100 nonprofits working on music education, environment, disaster response, health care, women’s rights, and more.
My Morning Jacket Tour Dates: