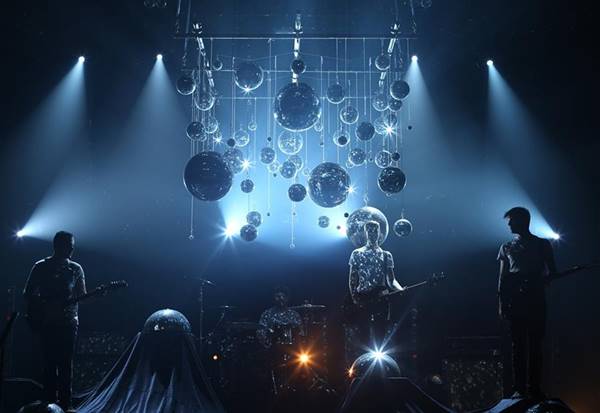 Following on from their last album ‘Trials’ released in 2012, Luxembourg post-rock quartet Mutiny On The Bounty are ready to release their new album ‘Digital Tropics’. The new album comes in the wake of signing to new up-and-coming Brighton based record label Small Pond Recordings, and a UK tour in December 2014 which saw the band play alongside the likes of Maybeshewill, Flood of Red, Dialects and Polymath.

The new album sees the band fully embrace their instrumental side which was heavily championed on their last album. On the new album the band have said, “Digital Tropics” englobes all the facets of our personalities going from rock, to electro and more varied influences such as 80’s pop or even hip-hop. It gives a wider range of emotions and we believe that it’s a powerful album. We’re really proud of this album and can’t wait to share it with everyone”

The appropriately named lead track ‘MKL JCKSN’ is the perfect introduction to ‘Digital Tropics’, with reverb soaked and groove-infused staccato melodies from the guitars dancing around a technical and mechanically intricate rhythm section. Elsewhere tracks such as ‘Telekinesis’ infuse slightly heavier riffs and driving rhythm with guitars that sound closer to keys or synths than strings, giving the track a diverse and uplifting feel. This is where the inclusion of new influences can be heard, at times you can almost hear elements of Kraftwerk, whereas other areas are closer to bands such as ASIWYFA, Faraquet or Battles. Similarly this can also be heard in ‘Ecliptic’ which darts between the realms of electro, math-rock, and Vangelis/Brad Fiedel-esque moments of euphonious orchestration.

The band have just revealed new track ‘Telekinesis’ taken from the release and orginially premiered by Clash. Listen to this powerful track below, you will be hooked. MOTB work hard within their genre and although they have comparisons to such acts as Battles, the talent also have the ability to create something completely unique.

MOTB are a band that have soared from strength-to-strength with every album by delving further into their individual personalities to explore new sounds and composition techniques. In doing so the band have reached new territory exploring a more deceivingly moody soundscape than ‘Trials’ which is both technically challenging yet entirely danceable.

‘Digital Tropics’ is a work of relentless convergence and exploratory disposal that reaches to the heart of both emotional and creative expression. The result of which has created MOTB’s most diverse and accomplished album to date.