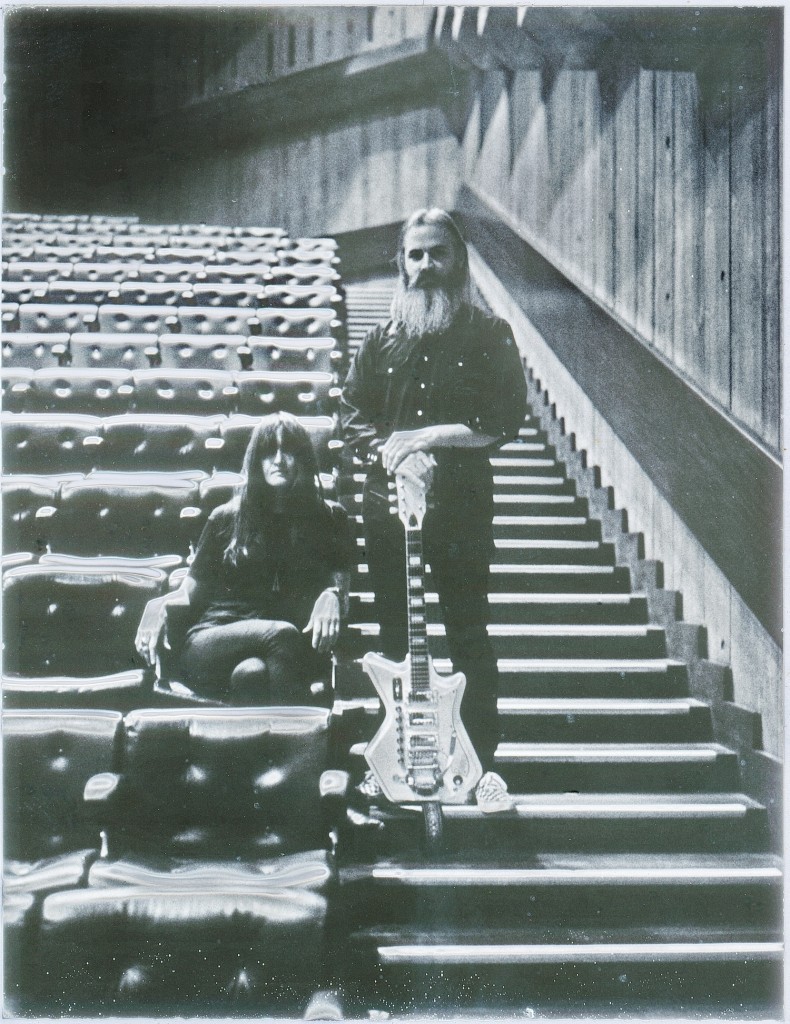 – ALBUM ‘SHADOW OF THE SUN’ OUT NOW ON SACRED BONES

The band, now a trio with live drummer John Jeffrey, kicked off their European run with sold out shows in Manchester & Brighton last week and return to our shores on April 27th to hit up venues across the UK & Ireland.

Of the video Huidobro says: “A black mirror monolith articulates an inter-dimensional pathway between present time and an alternate slowed down present in a teenage night out in Buenos Aires. The video was shot with digital cameras and then filtered with a analogue VHS table.”

Shadow of the Sun was written entirely during an evolving phase for Moon Duo. It was a rare and uneasy rest period, devoid of the constant adrenaline of performing live and the stimulation of traveling through endless moving landscapes. This offered Moon Duo a new space to reflect on all of these previous experiences and cradle them while cultivating the album in the unfamiliar environment of a new dwelling; a dark Portland basement. It was from this stir-crazy fire that Shadow of the Sun was forged.

Hear Shadow of the Sun in full here.