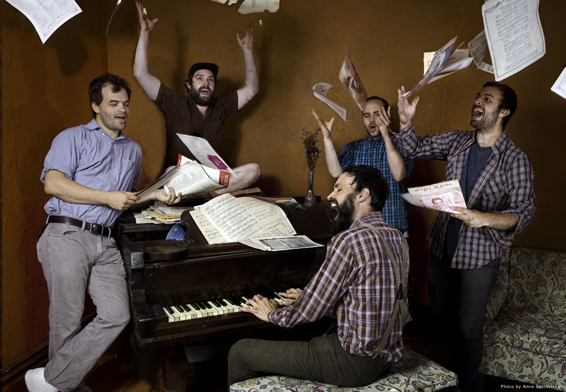 Run For Cover Records is excited to announce they will release Pale Horses, the sixth LP from legendary band mewithoutYou on June 16, 2015. The Will Yip-produced LP is the incredible follow up to 2013’s Ten Stories. mewithoutYou has also announced a summer tour with support from Foxing, Lithuania and Field Mouse in support of the upcoming record.  Pale Horses is a carefully focused and personal album that spans mewithoutYou’s impressive career. From the frightened intensity of Catch Us For the Foxes and [A -> B] Life to the subdued and urgent Ten Stories, the band has truly created an album in Pale Horses that compliments and expands on their incredible 15 year legacy.

The past year saw mewithoutYou hitting the road on their highly anticipated Catch Us For the Foxes 10 Year Anniversary tour alongside Appleseed Cast, Hop Along, and The World Is a Beautiful Place, as well as touring alongside Dr. Dog this spring. The band also released their East Enders Wives Maxi Single 12” on 2014’s Black Friday Record Store Day, featuring the track “East Enders Wives” from Ten Stories alongside remixes and alternate versions.

In addition to their summer tour, mewithoutYou will play The Spring Fling in Ohio with the Movielife, Crime In Stereo, and The Story So Far this May as well as Asbury Park’s Skate And Surf Festival with The Dropkick Murphys, Thrice, The Wonder Years, American Nightmare, and Superheaven. All tour dates are below.