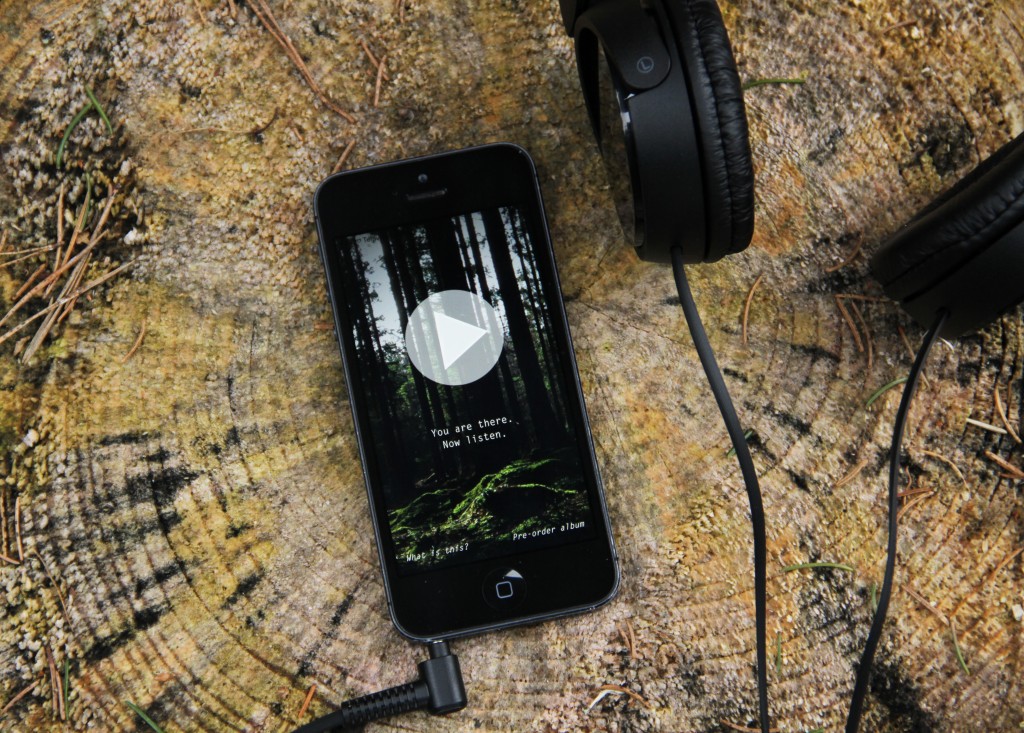 The five piece band John Moose from Sweden  has released their entire stunning debut album in a unique app for smartphones which went live, April 14th.

The app is free to download, but the music will only be available when you are in the woods.

This release fits well with John Moose’s music.
“Our music is about the constant war between nature and civilization. The album tells a story about the alter-­ego John Moose, where he decides to leave civilization for absolute isolation, and the human ambivalence between nature and civilization. Therefore it seems fitting to release the album in the woods”, says the singer, André Szeles.
The app uses your smartphone’s GPS to detect whether you are in the woods or not. According to the the drummer of the band, and developer of the app, Tobias Norén, the app will work well even in smaller forest areas. “We want to give our listeners an unique experience. We hope that our fans as well as journalists really take the time and effort to go out in the woods and listen to our music. The woods alone are a great experience”, said André Szeles.

The album is released officially on April 24 by Anlesser and distributed by Border Music.