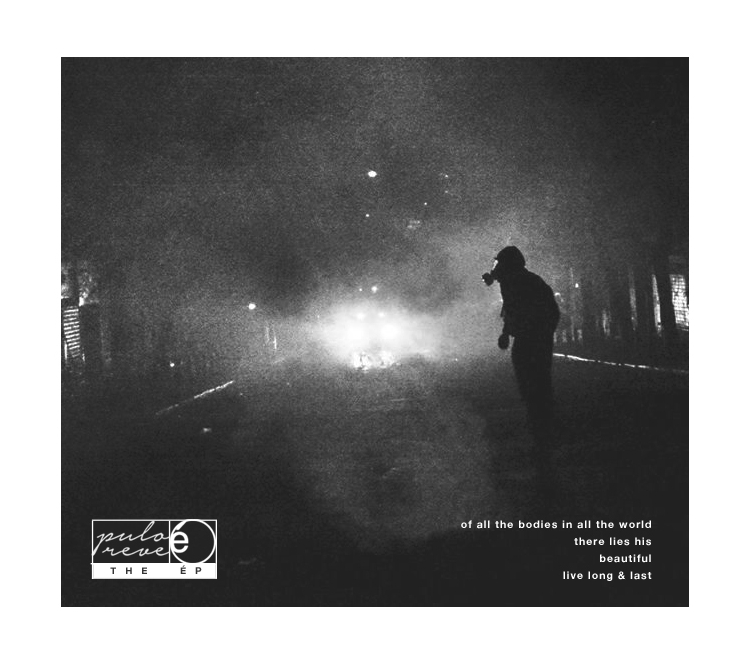 PULO REVÉ  Announce Debut Release ‘The ép’ out 7th May

Pulo Revé are pleased to announce that their debut record The ép will be released digitally on 7th May 2015 alongside a short run of UK tour dates dubbed ‘THE REVéAL’.

You can get a taste of their raw and scintillating style on the projection video for ‘Of All The Bodies In All The World’ here: https://www.youtube.com/watch?v=m42JDPTdPsM

A quintet of friends who have been playing music with one another since they were very young, this progressive post-hardcore outfit from St. Albans are unlike any you’ve ever heard before. Thoughtful, socially aware and with a clear message, the band are focused on providing an emotive depth both sonically and aesthetically that is sorely missing in the majority of modern alternative music.

Returning to the roots of the music they love, Pulo Revé say they are “concerned with creating a sound which reflects both the kindness of those we play for and our own interest in exploring a deeper lyrical and musical realm in a currently homogenised genre. This record is the first in a series of releases which we hope will become known for the emotion and care that went into creating them. We only hope that we can make you feel the way we feel.”

Their live show includes a projection reel of short films produced by the band and independent film makers, and all of their music is either self-produced or created within intimate creative circles of friends, family and those the band trust with their ideas.

Fusing elements of hardcore, early punk, jazz and even classical, they have as much in common with The Mars Volta and Thursday as they do with The Dillinger Escape Plan or Letlive, with the potential to be one of the most compelling and unique bands to emerge from the underground in quite some time.