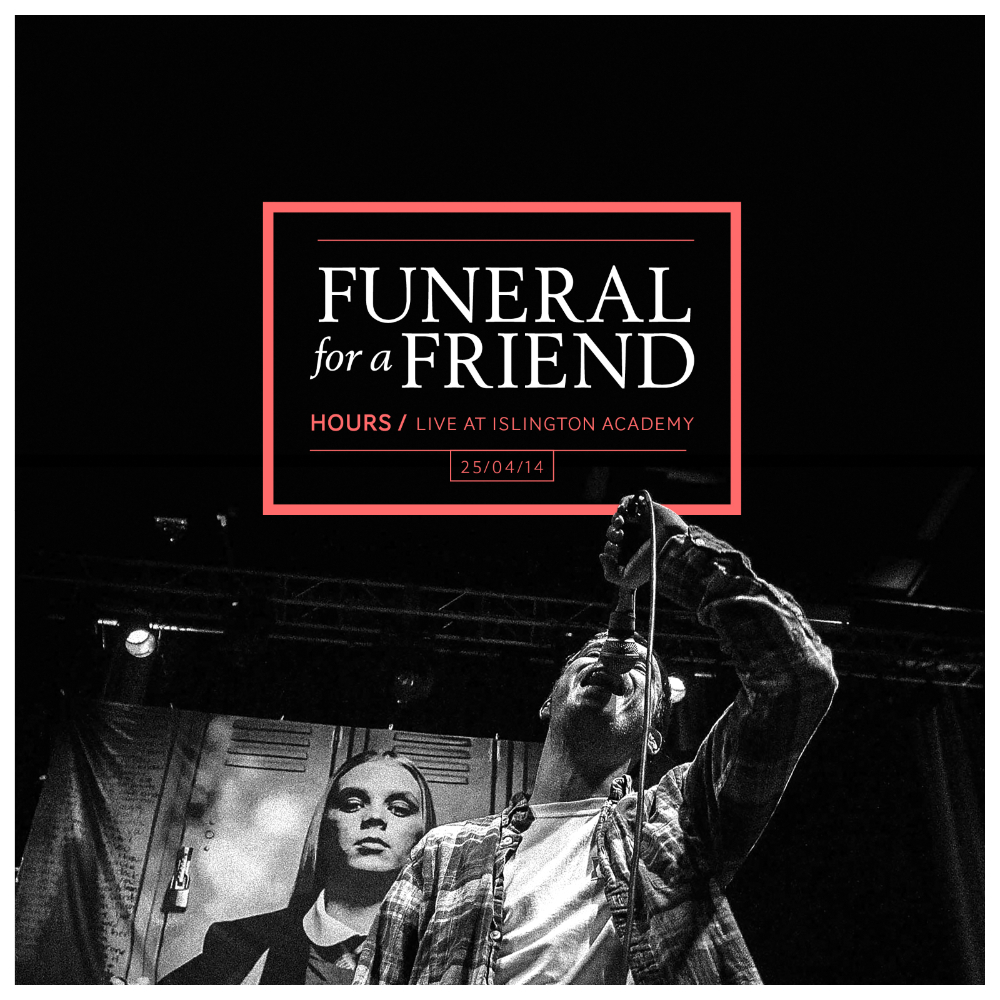 UK headline and festival dates plotted throughout May and June, including Download Festival

Almost ten years to the day after Funeral For A Friend released their iconic album ‘Hours’, the band are set to release a live performance of the album in its entirety. As well as the ‘Hours’ set, there’s a selection of five more recent cuts, as well as all time favourites from the band’s impressive arsenal to round off the tracklisting. The release will be available on 15th June as Vinyl+DVD+Digital Audio, CD+DVD digipack and Digital Audio through End Hits Records.

Filmed and recorded on 25th April, 2014 at London’s Islington Academy during Funeral For A Friend’s ‘Hours’ tour with Boysetsfire and More Than Life, the live set serves as a reminder that this band are a vital part of UK rock history and their ability to captivate a crowd and craft important music is as strong as ever.

Funeral For A Friend’s legacy is one that has permeated the psyche of a whole new generation of bands in the UK. Lloyd from Neck Deep recalls: “’Hours’ is a record that shaped music for me, undoubtedly. I’d listen to that album on repeat and just think ‘I want to do this someday’. I loved Casually Dressed so much that I was sure it would be impossible to top, then FFAF stepped up and produced one of the best British rock albums ever. A legendary album by a legendary band. An inspiration on my musical life, and I have no doubt the band, and this album, plays a huge part in where Neck Deep is today. Also, I played Recovery for my GCSE music piece, so you know it’s bad ass.”

Eric Chenaux announces a UK tour in May, plus new video revealed‏