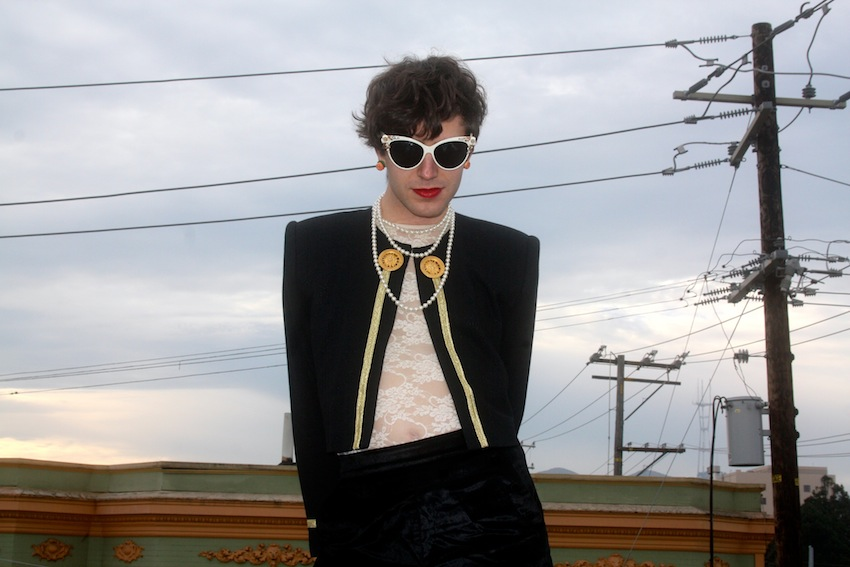 Having recently signed to Bella Union and with a new studio album due in the summer, EZRA FURMAN has just unveiled a highly entertaining video for new single‘Restless Year’.

Asked for a quote about the video Ezra says: “Hello my dears, I hope you enjoy this musical video-film, made by the incomparable Jo Brett. This is pretty much an accurate depiction of what my life is like. Zipping around the San Francisco Bay Area, feeling insane, looking amazing. Reading, dancing, falling, encountering Death. This is how I live, moving wildly and freely through a world that has nothing to do with me. Special thanks to the fabulous Restless Year Dancers, the good people at Kayo Books, and Death, who as always was available at short notice.” Watch below…

Director Joseph Brett adds: “Ezra pushes so much energy through his music and I knew it would be important to find that same energy in the video for Restless Year. Stop motion might not seem like the obvious choice for that, but with a huge amount of patience from Ezra we were able to make something together which is as energising and adventurous as the song itself. Over a process of days we made our way around San Francisco frame by frame, step by step, in what is probably the slowest tour of a city I’ve ever been on. Ezra took to the technique almost immediately, and it’s his performance within that brilliant city which makes the video so fun.”
Ezra has just announced news a number of European shows and festival appearances including a performance at Roskilde in Denmark in early July. He’ll also be playing his biggest London headline to show to date in the Autumn, performing at the O2 Shepherd’s Bush Empire… Date/info below:

Ezra’s music is an inspirational blend of seminal influences, from Fifties skiffle and doo-wop to Sixties garage and a righteous mix of winning melody and caustic humour. His last album, Day Of The Dog, was dedicated to, “all those who are rejected, abused, destitute, misunderstood, bullied, forsaken, broken-hearted, hopeless, sick, strange, lonely, alienated, widowed or orphaned,” and Furman gives emotionally charged voice to the aforementioned while penning lyrics that jump off the page. The punchy middle-eight of ‘Restless Year’ – “Death is my former employer / Death is my own Tom Sawyer / Death waits for me to destroy her / I never wanna die and I never grow older” – is brilliant testimony to his mixture of outsider-angst and life-affirming energy, which is always reflected in his electrifying stage persona.

Summer 2015 will see the release of Furman’s most fully realised and streamlined record, chock-full of snarling, zestful tunes and invested with the feeling that, this time, people are paying attention. “One of the main things my music is about is feeling totally insane!” Furman concludes. “I feel desperate a lot – desperate to try to explain something, I’m not sure what it is. You can hear it in a lot our songs; that I’m trying to shake people by the shoulders and explain something. And when you feel like that, here’s some music to put on!