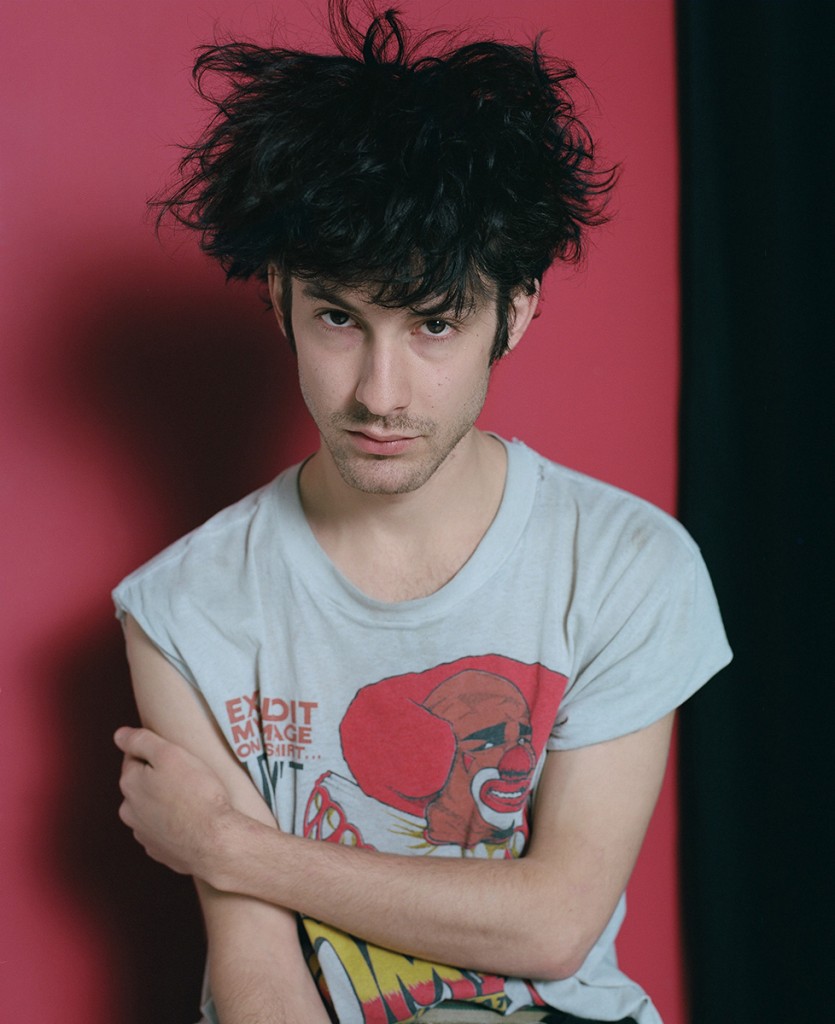 – ALBUM ‘THE AIR CONDITIONED NIGHTMARE’ OUT NOW ON SUB POP

With 3 weeks until their UK tour kicks off at London’s Electrowerkz, Doldrums have shared “IDONTWANNABEDELETED” (feat. Samantha Urbani), the A-side & title track from his limited edition 7” single, released in conjunction with The Air Conditioned Nightmare.

Doldrums‘ The Air Conditioned Nightmare is now available everywhere on CD / LP / DL from Sub Pop. The album, led by highlights “HOTFOOT”, “Video Hostage”, “Loops” and “Blow Away”, was recorded in Montreal and LA and produced by Doldrums’ Airick Woodhead.

Purchases of The Air Conditioned Nightmare are available from Sub Pop Mega Mart, iTunes, Amazon and Bandcamp. All customers who order the LP version of the album from megamart.subpop.com will receive the limited “Loser Edition” on clear vinyl and the limited edition clear 7” which features “IDONTWANNABEDELETED” and “Market Signals” (while supplies last). Additionally, there is a new T-shirt design available both individually and as part of a bundle with purchases of the new record.

What people are saying about Doldrums:

“Using samplers and DJ gear in place of guitars and drums, the expanded Doldrums have come up with a hyper-detailed prog-dance-pop odyssey” – FACT Magazine

“An album that is full of conflict, using samplers to create a blend of discordant noises with industrial drums and occasionally uplifting vocals. Music fit for Montreal’s late-night warehouse parties.” – CBC

“Nestled in these adrenalized, highly evolved songs are bright pop hooks, showing that other artists could compete with Doldrums, but they wouldn’t be able to keep up.” – DIY

Piney Gir single ‘Keep It Together’ out now!