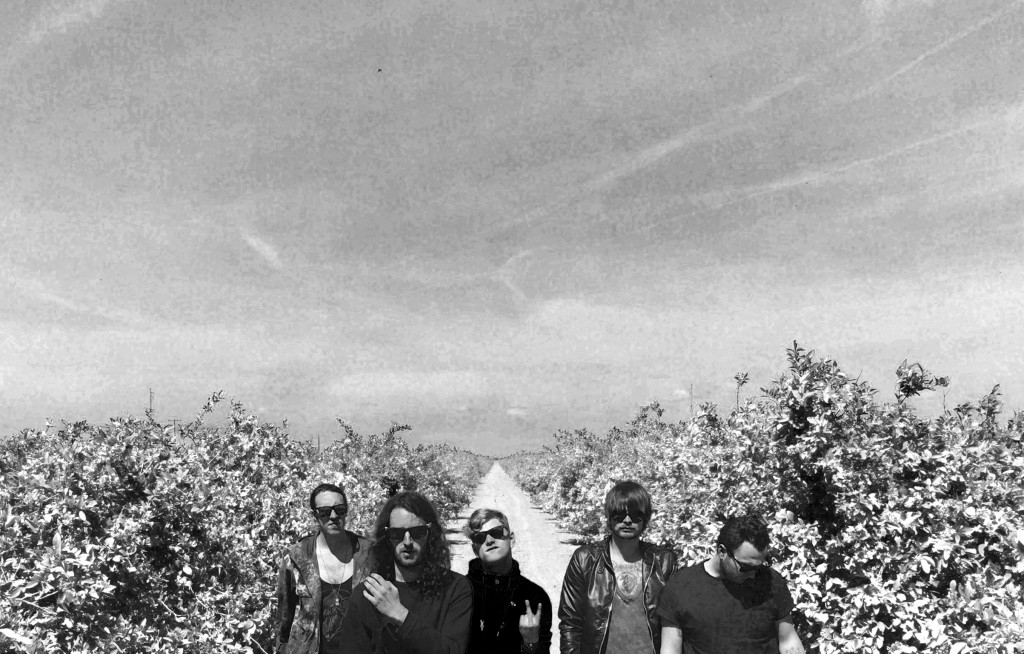 Creative Adult share Ring Around The Room EP on Stereogum

The North Bay’s Creative Adult have unleashed the full EP stream of Ring Around The Room via Stereogum. Due out on Record Store Day — Saturday, April 18th at official RSD outlets and via Run For Cover Records‘ store and open-house — Ring Around The Room continues to expand the band’s corrosive sound, soaring to new heights while exploring the depths of blistering post-punk via layers of atmospheric influenced shoegaze, reckless noise punk, and harsh stampeding rhythms. Wallowing in the darkness and writhing with despair, the EP is hypnotic and explosive, luring you into a deceptive calm before erupting in a fit of distortion. Creative Adult vocalist Scott Phillips described the EP as an exploration of “total isolation, distorted exploration, and the acknowledgement of light in spite of how things seem on the surface” before adding “Creative Adult does not vote.”

After sharing the record’s bleak single and title track via The AV Club, Creative Adult are happy to unveil the album’s complete stream with Stereogum who said the record is “for the most part languid and churning, but there are short bursts of forceful optimism on each song that propels the EP out of its gloomy genre orientation and into uncharted sonic spaces.” The band are currently continuing their sonic exploration in the studio as they work on their sophomore full length with producer Jack Shirley (Whirr, Tony Molina, Joyce Manor, Deafheaven).

Ring Around The Room is the follow up to the band’s exceptional full length debut Psychic Mess, picking up where they left off with a unbridled intensity. Creative Adult continue to push the envelope of post-punk into new directions on Ring Around The Room, creating an ethereal and ominous sense of danger amid dense layers of guitars, slow burning fury, and an entranced yet immovable rhythm section. Things aren’t always as they seem and the world isn’t always a sunny place.

STREAM CREATIVE ADULT’S RING AROUND THE ROOM VIA STEREOGUM:
http://www.stereogum.com/1794324/stream-creative-adult-ring-around-the-room-stereogum-premiere/mp3s/album-stream/
Creative Adult is a blurry window into the world as it often appears. Formed in California’s infamous North Bay in 2012, they established themselves as a “do-as-we-wish” quartet, exploring both tradition and experimental realms with a no boundaries approach to punk rock. After a string of self released EPs on their own Broke Hatre label, as well as Boston’s Run For Cover Records, the group released their raw Efrim Menuck-produced debut LP, Psychic Mess, in early 2014. Their exclusive record store day 7″, Ring Around the Room (RFC) further pushes their anything-goes approach into new territories.

PRAISE FOR RING AROUND THE ROOM:

“vocalist Scott Phillips jaws his way through a thicket of noise, guitars spiraling with unknown trajectories over a crosshatch of pounding percussion” – Stereogum

“The title track builds steadily on slashing chords and waves of dynamics for a thrilling six minutes. The EP’s other two tracks roar even louder, leaving us with high hopes for the band’s next full-length” – Amoeba Records

“Creative Adult has returned in interesting fashion, delivering a song that is sure to please longtime fans, in addition to garnering new ones.” – AXS

“over the course of six-minute listen, you can hear the quintet are remodeling their white walls with thicker insulation that enable every guitar burst or drum throttle to reverberate every square inch of the room” – Recommended Listen

Ring Around The Room tracklist:

1. Ring Around The Room
2. Most Our Troubles Go Untreated
3. Travel