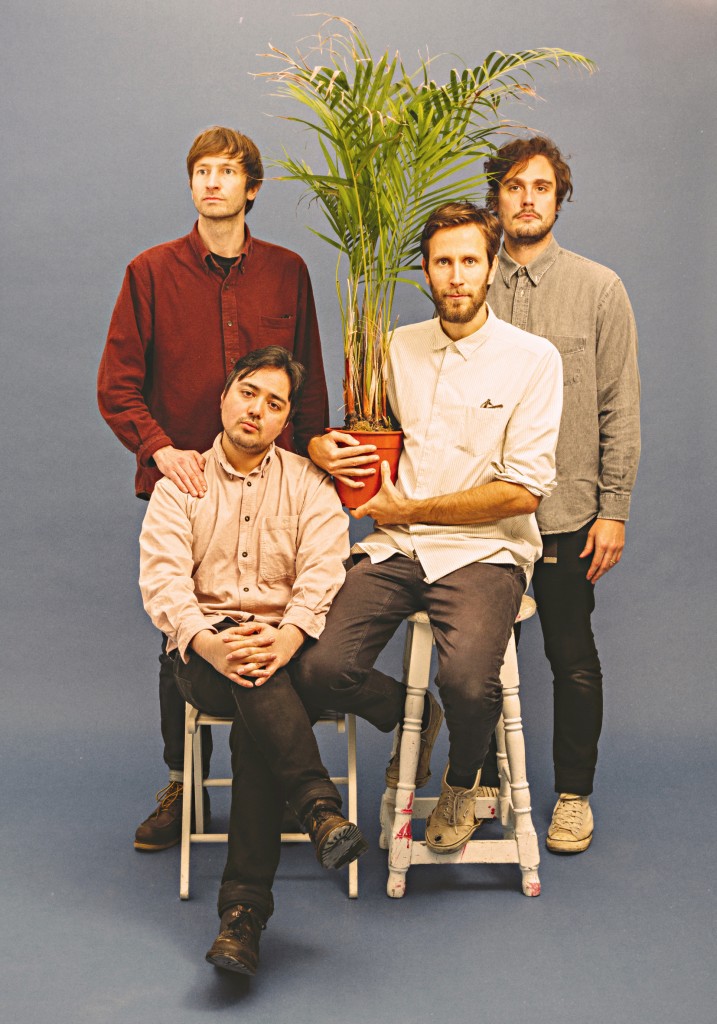 There are so many elements to Cheatahs new EP 紫 (Murasaki) that it’s hard to know where to start. First there’s the back story to the record, influenced by a Murasaki Shikibu book and more broadly by the part Japanese heritage of bassist Dean Reid. This eastern influence is present throughout the EP both lyrically and melodically, and that’s just the beginning.

There’s a beautiful flow to the record. Although the individual songs leap stylistically, they merge perfectly into a record made for the city, whether that’s Kyoto or London, the band’s base. Title track 紫 (Murasaki) is relentless, a motorik trip through the experience of Reid’s parent’s first meeting like a bullet train leaving chem trails as it whizzes through the city. The two tales lay seamlessly over each other harmonising Japanese and English lyrics. It’s romantic and exciting from the offset. Warm Palms arrives next, delay heavy with again, a distinctly Japanese influenced synth melody floating over the stuttering tracks.

The band describe it “as close to a bad acid trip as we’ll probably be able to soundtrack”, but that’s too lazy to do third track 3D Milk justice. It builds on the deliberately stuttering start of Warm Palms to a more assured style. The synthetic drums,assembly line rhythm and metallic voice create a dystopian sound that, to the band’s description’s credit does feel overwhelming. Just as the record marches in with 紫 (Murasaki) it slowly fades away with Wash Out. The more conventional surf riffs are still underlain with faded remnants of the rest of the EP, stuttering robotic sounds, all cutting off to reveal the more stark guitar and vocals.

This is an extremely exciting EP, displaying a band who aren’t afraid to experiment, and that bravery can be seen in the many layers of each song but also in the strength of it’s structure. The songs are textured and well thought out but more than that they transport you, somehow sonically to the fading memories and experiences of their writers.

You can listen to the first track from EP 紫 (Murasaki) here:

Cheatah’s new 紫 (Murasaki) EP comes out on May 4th on Wichita Records. They will be playing the following shows in support of the EP: