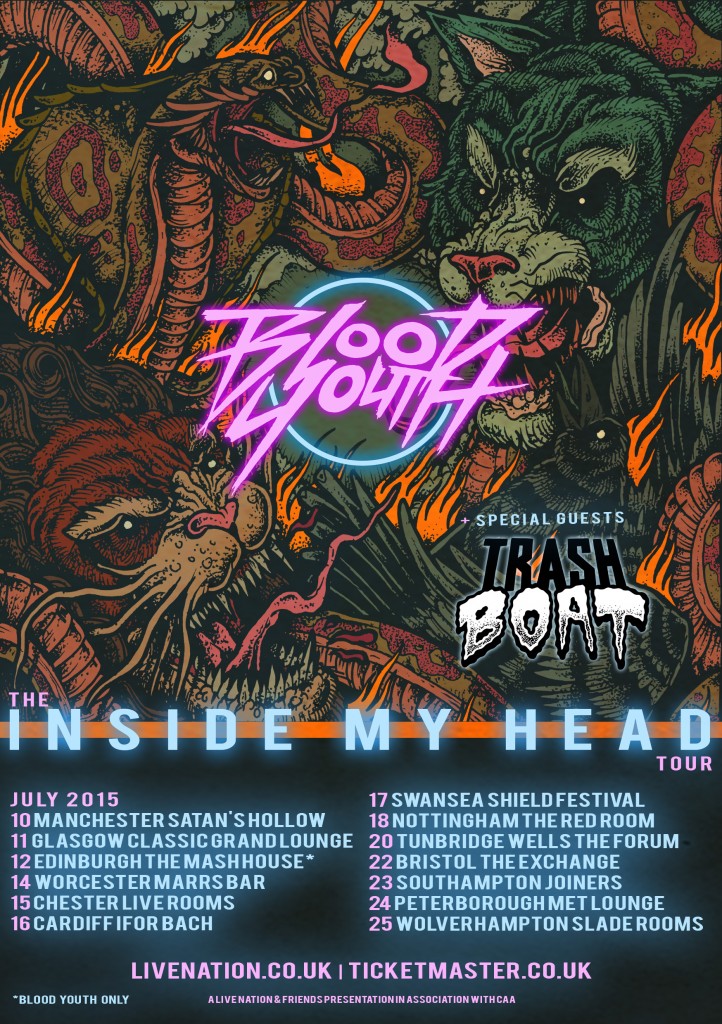 Blood Youth will be touring in support of June 22nd release, debut EP ‘Inside My Head‘, available in partnership with label Rude Records.  ‘Inside My Head’ is an unrelenting assault of punch-to-the-gut riffing and Kaya Tarsus’ impassioned vocals that both tear and soar, brutally heavy yet deftly accessible.

Trash Boat will be playing material from their soon to be released sophomore EP ‘Brainwork‘, out 18th May via Hopeless Records. Crunching guitars collide with the distinct vocals of front man Tobi Duncan in an explosive cocktail of infectious hooks, ‘Brainwork‘ showcasing just why Trash Boat have stepped out from the crowd.

Blood Youth’s Inside My Head is released on June 22nd 2015 via Rude Records, pre-order now to receive track ‘Cold Sweat’ instantly for free:

Trash Boat’s Brainwork is released on May 18th 2015 via Hopeless Records, pre-order now: