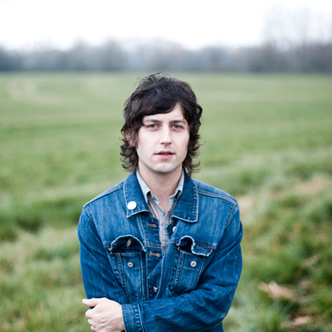 Barna Howard has announced the release of his second album ‘Quite a Feelin’‘ on 18th May 2015 via Loose Music.
Barna Howard was born and raised in a quintessential Midwest town. His youth in Eureka, Missouri was pure Americana – the sort of childhood that inspired E.T.-era Spielberg – baseball cards in his bicycle spokes, flying freely down Main Street and through neighbours’ backyards.
After high school, Howard moved north to study animation in one cold and windy city and then east for love in another. Years later, he blindly followed two friends to the Northwest, crossing the Rockies for the first time, in search of inspiration, opportunity and a fresh start. Barna’s self-titled debut chronicled these moves as he struggled with the contrast between his small town upbringing and these big city wanderings.
The songs on Barna Howard’s second album, Quite A Feelin’, ruminate on his relationship with home. Now entrenched in Portland, Oregon, many of the album’s tracks immortalise and reflect on the Eureka he once knew, while others focus on the relationships that define his new home out west. Small town life has long been celebrated in country and folk music, but Barna’s knack for capturing his own deeply personal nostalgia resonates in a rarely universal way. Hear first single ‘Indiana Rose’, out on 11th May.
HEAR ‘INDIANA ROSE’:
Barna Howard has also confirmed a string of dates in the UK:
13 May – Rough Trade West, London
14 May – Servant Jazz Quarter, London
17 May – Wood Festival, Braziers Park, Oxfordshire
Quite A Feelin’ was produced by Adam Selzer at Type Foundry Studio in Portland. The album will be available on LP, CD and digital download on May 18th in Europe (Loose) and May 19th in North America (Mama Bird Recording Co.).
https://www.youtube.com/watch?v=faVg_P9hE9Q
www.barnahoward.com
www.facebook.com/barnahoward