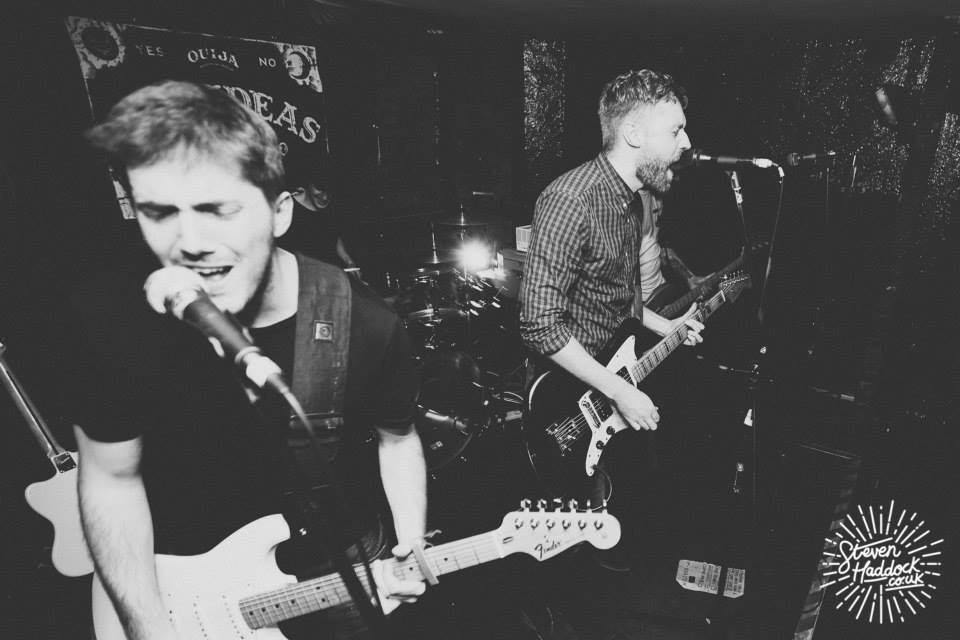 Lincoln based indie punk quartet, BAD IDEAS, are pleased to reveal the Official Video for their latest single ‘Clumsy Hands’ taken from their recently released EP – The Better Parts of You

The beautifully filmed video, produced by Steven Haddock, sees the band experiment with projections, slow motion and an array of warped imagery which gravitates the video beyond more than just a simple band performance video.

The EP which was released via Uncle M music in Europe and Paper + Plastick records in North America (ran by Vinnie Fiorello – Less Than Jake) is the band’s first fully electric recording, having previously based songs around Sam Cook’s acoustic compositions.

Drawing comparisons to the likes of The Menzingers, Against Me, Brand New and even Weezer – ‘Clumsy Hands’ has proven to be a popular live track and a sign of what is to follow with the bands forthcoming full-length album which is in pre-production stages already.

Having returned from a 14-day acoustic tour with Ducking Punches and The Lion & The Wolf, BAD IDEAS are set for a short UK run with Alcopop records’ TELLISON, who recently revealed the first track of their long awaited 2nd album – Tact is Dead. The band will also return to the mainland on May 2nd to play the mighty Groezrock festival alongside the likes of Social Distortion, Against Me, Pennywise and Refused.

BAD IDEAS have previously played and toured with bands such as: Into It Over It, Joyce Manor, Cheap Girls, A Wilhelm Scream, The Flatliners, Gnarwolves, Rocky Votolato and PJ Bond.

PILLARS Reveal New single ‘Woman Without Her Love’ out now