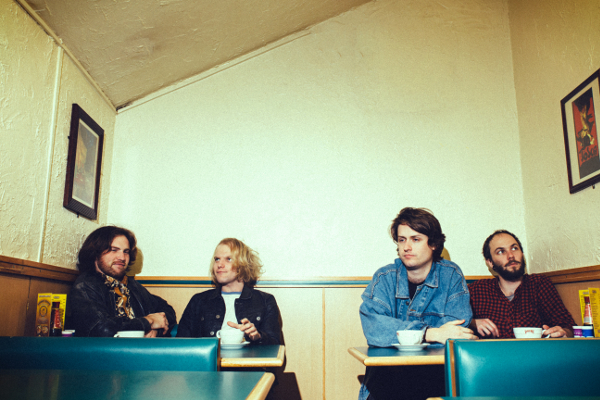 New single ‘Figure It Out’ released May 25th

‘Figure It Out’ is the new single from Animal House, released May 25th. An undeniably infectious and ramshackle garage-pop singalong, ‘Figure It Out’ see’s the band continue their claim to be on Aussie’s finest new exports.

After taking over the English airwaves on BBC Introducing South with their debut single ‘Sour’, Animal House saw a very successful first year in 2014. Their brave escapade to the motherland saw them take up residency in Brighton and embark on a ten-date tour across the cold, harsh plains of the British Isles, in their bright orange van.

Spurred on by praise from the likes of Clash, NME and DIY they supported fellow Aussie charmer Courtney Barnett and have recently played packed out shows with The Preatures and Splashh.

Animal House have recently jumped back into the studio to produce their second single, ‘Figure It Out’. Starting with an annoyingly catchy, mosquito-esque riff, reminiscent of Grandaddy’s ‘A.M. 180’, ‘Figure It Out’ drops heavily into a ruckus of hand claps and disgraceful sing-along pop melodies more contagious than the measles. Will’s yowling vocals hit you right in the feels whilst the music keeps the pace – a happy juxtaposition similar to that exhibited by The Strokes. And if that isn’t enough metaphors and similes for you, throw in garage, foot-stomping and headbanging; all apt descriptions.

Catch the band live this May: