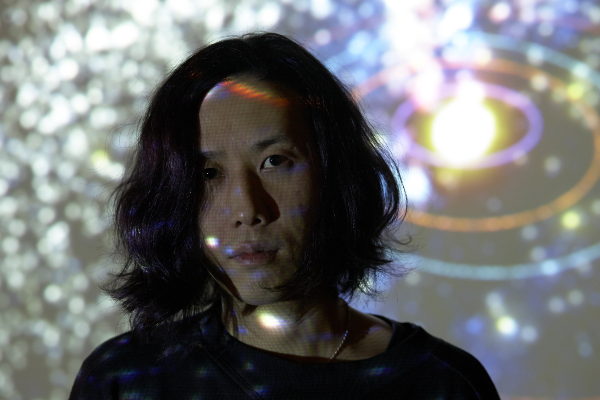 The title track of the album is backed by a dream-like video, which can now be viewed on YouTube. Filmed by Nissa Nishikawa, with editing and additional filming by Daisy Dickinson, the video is a glimpse into the fluid imagination of Yomanoha. The track is released on 7” vinyl on May 4th, and features the b-side ‘Knowing’ featuring psychedelic noise-makers Bo Ningen.

Much of the album is inspired by reoccurring dreams had by Yomanoha. Of the track ‘Hazy Eyes Maybe’, Koichi says: “There was an abandoned industrial area in Budapest. When I was walking near a rundown water tower in the area, a girl was telling me about her dad in Mexico and I saw this woman was pushing a wheelchair near a hospital; it seemed as if she didn’t have a face, very white. I kept dreaming about this place for months and wrote this song.”

2015 is set to be a pivotal year for Grimm Grimm as he continues to blur the boundaries of genre according to his own distinct outlook. Hazy Eyes Maybe is released June 29th and can be pre-ordered now via iTunes and on CD/LP via ATP.