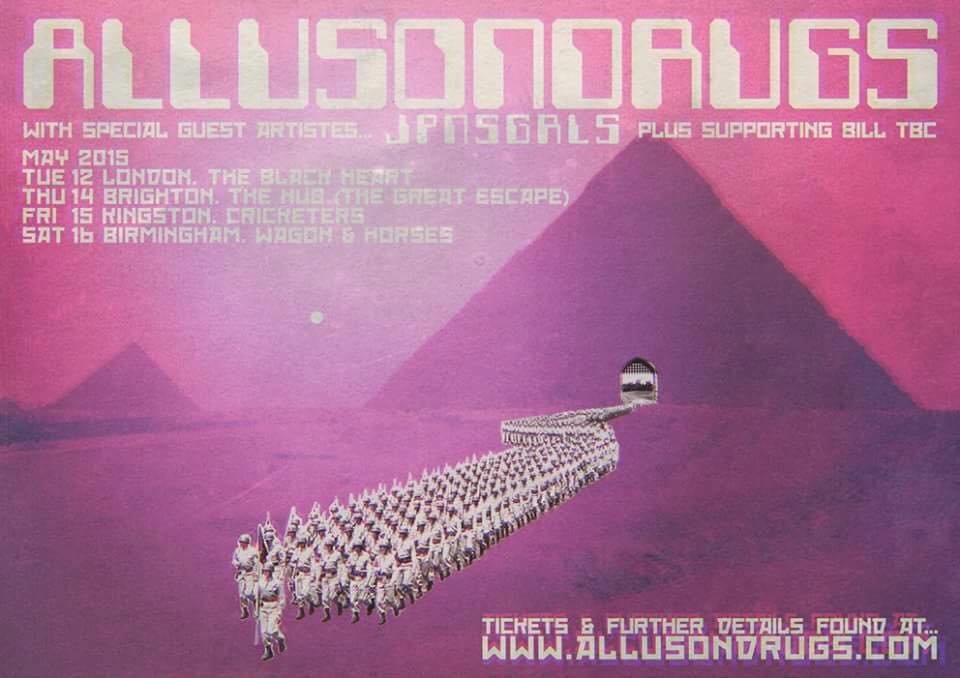 Allusondrugs today announced an additional brace of UK shows to add to the already extensive touring in 2015 that the band has under its collective belt. The added shows include a handful of headline dates (with Canada’s JPNSGRLS in support) alongside newly revealed appearances at The Great Escape and Liverpool Sound City events.

Allusondrugs are a five-piece from Castleford, Yorkshire, formed in the summer of 2012. Their very individual take on a melding of psych-pop-grunge has caught the eyes and ears of the likes of Kerrang, Rock Sound and Radio One, as well as audiences across the UK.

Late 2014 / early 2015 saw the band building a solid live fan-base following high-profile support tours with Enter Shikari, Marmozets and Lonely The Brave. An extensive period of headline touring through April / May and a packed festival season in the summer this year only sees the buzz continuing to build.

Tickets and further details at http://www.allusondrugs.com

Under The Influence Announce Release Date for Album and UK Tour