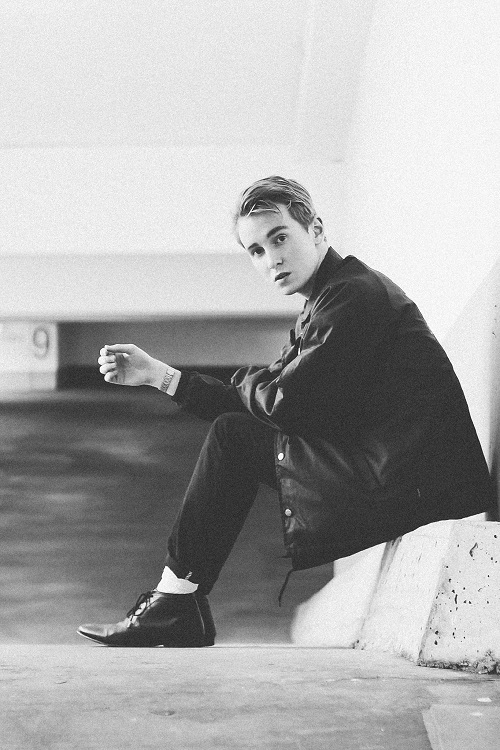 Thomston will release a new EP, ‘Backbone’, on April 6th. Now managed by Saiko (Lorde, Mt Eden), new song ‘Grey’ – which premieres today – follows the international success of 2014’s ‘Argonaut’ EP, which has already been streamed over 4 million times on Spotify and seen the New Zealander named a One To Watch from the likes of Billboard and KCRW to Triple J. Kicking off 2015 with another Hype Machine Top 10 for latest track ‘Collarbones’, Thomston will play his debut European shows at The Great Escape Festival and in Paris (more will be announced shortly).

Thomston’s new EP, ‘Backbone’, is a vivid and brooding snapshot of suburban teenage transitions, suggesting a talent on the ascent barely a year into making music. Frequently, it feels as inspired by the sparse, intricate electronics of SOHN as the futuristic, soulful croon of Justin Timberlake: Thomston also writes mainly whilst wandering around his empty neighbourhood in the early hours, which lends a nocturnal atmosphere and lyrical openness that sit beyond his years. The crisp groove of ‘Grey’, for instance, captures a tight-knit group of friends whose individual ambitions to go places might one day push them apart (“will we pick up if we leave it off? / Can we start again once we have stopped?”) whilst the hip-hop-infused ‘To and Fro’ depicts a dead-end local romance. Friendship and questions about The Future ultimately abound throughout: ‘Second To You’ suggests a cut-and-run from those who don’t pull their weight in your life, whilst the vaguely unsettling Bon-Iver ambience of ‘Collarbones’ in fact addresses a friend developing an eating disorder (who has since pulled through).

Taking the frustrations and freedom of small-town adolescence as a backdrop, Thomston soon reached a crossroads of his own: he completed high-school the same year his songwriting flourished, with the gamble of music on one side and a sturdy potential degree to study Urban Planning at University on the other (“it’s all about patterns, which I find interesting,” he says now). In the end, Thomston’s choice was made for him when some early demos were passed to Lorde’s management, who offered to jump on board. And whilst comparisons between the two are inevitable, Stoneman appears to be on his own path, at his own pace: after signing a deal with management but becoming impatient for them to return from overseas, for instance, Thomas quietly researched a list of blogs and sent them a debut EP himself (he was later left to his own devices on the drowning, DIY clip to ‘Anaesthetic’). And whilst 2015 looks set to take Thomston beyond the intimate but seemingly on-the-up New Zealand scene, his ‘Backbone’ EP is in part a polaroid-moment of before it all gets complicated – when a group of friends grow up together, reach a certain age, and just don’t know what will happen next.

Above The North – ‘A Tale They Whisper’ EP Review | Gavin Brown