The Rifles release new video for deluxe edition of ‘No Love Lost’ to celebrate 10 years, May 4th on Cooking Vinyl‏ 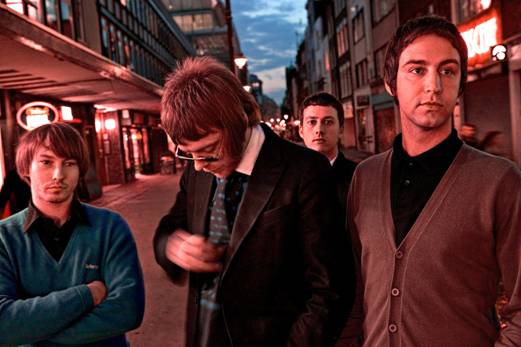 A celebration of 10 years of The Rifles

The Rifles have come a long way since their first, self-financed single, ‘Peace & Quiet’, released from their own front rooms in Walthamstow, back in 2005. With consistently respectable chart entries and a huge, loyal fanbase (that to this day sees the band selling out venues like London’s’ Forum), combined with genuine songwriting talent and unwavering creativity, The Rifles have long outlived many of their original peers.

To help the lads celebrate 10 years since the birth of the band, Cooking Vinyl Records are pleased to announce the deluxe edition of the band’s debut album, ‘No Love Lost’, released 4th May. Digitally re-mastered at Abbey Road Studios, it features all the B-sides from the band’s singles along with unreleased bonus material from the ‘No Love Lost’ studio sessions giving fans an even deeper insight into the first few steps in The Rifles’ career.

Inspired by the likes of The Clash, Bob Dylan, The Rolling Stones and The Specials, ‘No Love Lost’ spawned five singles: ‘Peace & Quiet’, ‘When I’m alone’, ‘Local Boy’, ‘Repeated Offender’, and ‘She’s Got Standards’, the NME describing the latter as, “the Specials scrapping with The Strokes”.

The album announced the band on the UK music scene with great gusto. Fronted by the distinct vocals of Joel Stoker, sharp vocals, quick-witted songs, rolling guitars and a crucial hint of ska made ‘No Love Lost’ the perfect London soundtrack. With Ian Broudie on production duties, the album was initially released on a limited run and has since gone on to become something of a cult classic receiving critical and mainstream success.

Spearheaded by the single, ‘She’s Got Standards’, the album proceeds to deliver 11 songs at break-neck speed – a culmination of the band’s trademark Mod sound, rock and roll and timeless indie pop. ‘Local Boy’ is an energetic piece of social commentary whilst ‘One Night Stand’ boasts strong melodic guitar hooks, a trick that is repeated on ‘Peace and Quiet’, another hard-rocking corker with anthemic chorus. The Rifles show their softer side with tracks like ‘Spend A Lifetime’, whilst ‘She’s The Only One’ emerges as the sweet sound of motown via Walthamstow.

Packing a ferocious punch in their 10 year history, the unyielding Rifles have released four critically acclaimed albums to date and have picked up high profile fans in musical heroes Paul Weller and Oasis.

The band is set to perform ‘No Love Lost’ in its entirety plus all the B-sides with three shows at the Electric Ballroom, Camden on Thursday 4th, Friday 5th and Saturday 6th June.

The album is currently available to purchase through Pledge Music: http://po.st/RiflesPledgeMusic