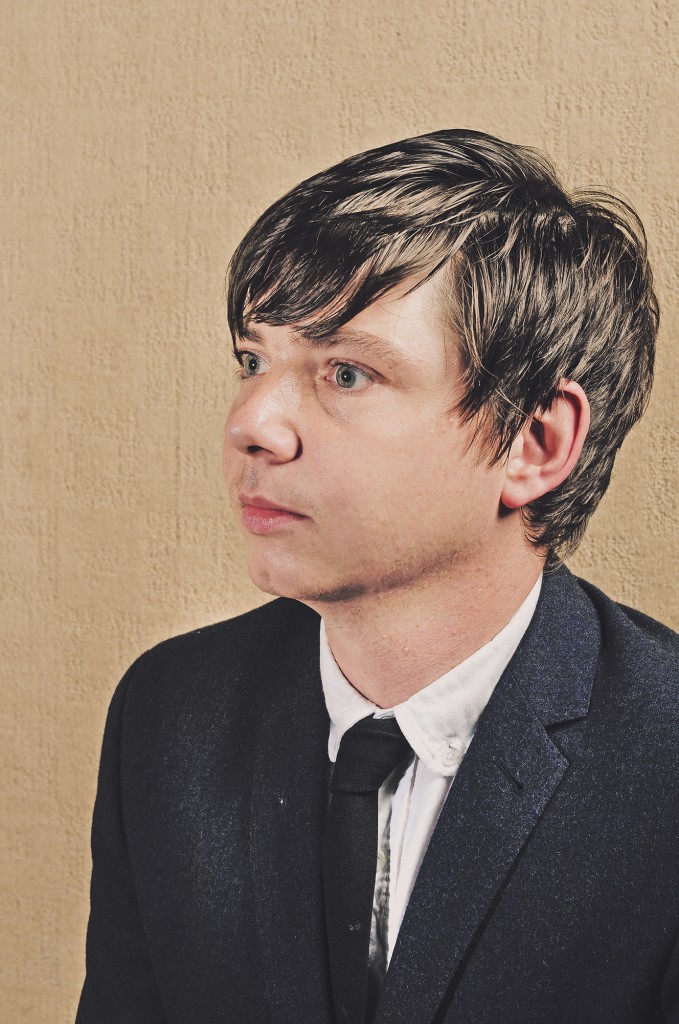 Announces London date in May

Having kept fairly quiet throughout last year, Moshi Moshi are excited to announce that Sweet Baboo is returning very soon, and will be performing new songs with a full band at London Fields Brewery on Thursday 21st May. Tickets are available at: http://smarturl.it/BoomboxBalladsLive

Sweet Baboo is Stephen Black, a native of the north Wales countryside and a single-minded, idiosyncratic singer. Black possesses an ear for a sparkling melody, a restless soul, and a gift for a deft lyrical turn – from darkly funny to piercingly tender, twinklingly boastful to deliciously self-deprecating.

Having worked with the likes of Gruff Rhys, Cate Le Bon, H. Hawkline, Slow Club and Islet, he has already been shortlisted for the Welsh Music Prize twice, in 2011 for his third album I’m A Dancer/Songs About Sleeping and again in 2013 for his last record, Ships, alongside great critical acclaim.
Praise for Ships:

“He observes “Daniel Johnston’s got hundred of great tunes, and I’ve got six”. Bold claims, but you can forgive, if not believe, them when you hear the anaemic, falsetto-flecked soul of Let’s Go Swimming Wild and Twelve Carrots of Love” – MOJO (***)

“If I Died… has the best ever humble lyric “Daniel Johnston’s written hundred of great tunes and I’ve got six”. The boy fibs – this album’s awash with them” – Q (****)

“Chaotic pop, laced with fulsome brass and a vintage guitar chug is very much the order of the day on a record whose charms are irresistible” – Clash (8/10)