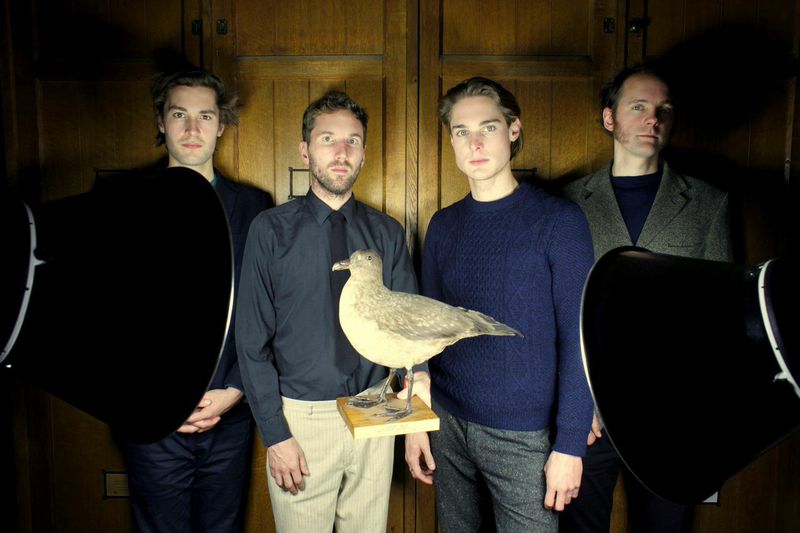 Inspired by David Attenborough’s footage of ‘imprinted’ Greylag geese, flying low along side the broadcaster and naturalist, the video for ‘Get Low’. features the same geese this time flying along side the band. This is not CGI or a visual effect.

The band’s talent for tapping into the seam of golden pop has not abandoned them. ‘Get Low’ is probably the most shining example of Stornoway’s talent for tapping into seams of golden pop since their 2010 debut single ‘Zorbing’. Not only is it a sonic return for the band, songwriter, Dr. Brian Briggs has sought inspiration for the album from his previous life as a PhD in Ornithology. ‘Bonxie’ is the nickname of, a Hebridean sea bird, the Great Skua and the album features the calls of 20 different species of bird.

Imprinting is a form of bird brainwashing. When a duckling or gosling hatches, it imprints itself onto the first thing it sees or hears – usually its mother and will follow wherever the ‘mother’ leads. In the case of the Greylag geese used by Attenborough in his programme ’60 Years On Air’ and Stornoway for ‘Get Low’ – the birds have been imprinted on Rose Buck. She and her husband Lloyd, are bird handlers who work with natural history film makers to provide birds for film sequences who are trained but still exhibit all their natural and wild behaviours.

Stornoway tour the UK with their new album during 2015