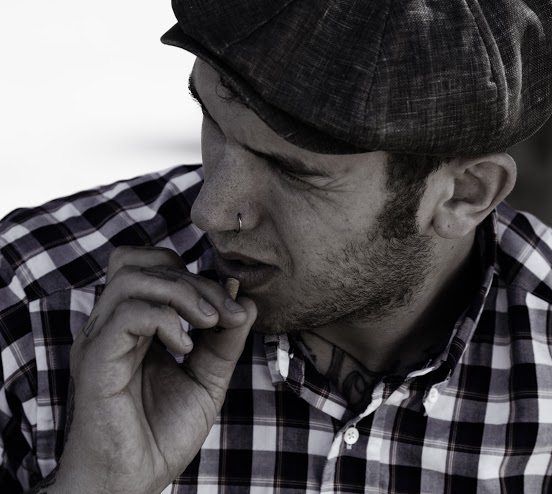 Asbury Park, NJ’s SAMMY KAY has teamed with PureVolume to stream his upcoming debut album, Fourth Street Singers, in full.  The album is officially out next week on March 10th via Panic State Records, and in support of it’s release, Kay will be embarking on an extensive run of tour dates with The Gaslight Anthem and Northcote.

Fourth Street Singers marks a new beginning for SAMMY KAY, and his endearing brand of soulful, but rough around the edges Americana is sure to turn heads.  PureVolume commented “the 11-song collection wraps all his influences together into an emotive, gritty package of Jersey Blues.”

Stream Fourth Street Singers via PureVolume:
http://www.purevolume.com/news/PREMIERE-Stream-Sammy-Kays-Fourth-Street-Singers-In-Its-Entirety
Hailing from Asbury Park, NJ singer/songwriter SAMMY KAY has lived the kind of romantic life that can only be found in a song. After living in Brooklyn and Los Angeles, then seeing the world working as a tour manager for three years, Kay has used his travels and experiences to hone his song-craft into an endearing mixture of punk rock, Americana, and soul.  Always behind-the-scenes helping other artist’s grow and succeed, Kay built strong friendships all across the country, these friends would later come together to help record his debut album.  Now, with the release of his debut full length, Fourth Street Singers, SAMMY KAY is excited to step into the spotlight and show listeners what he’s capable of.

Recorded by Pete Steinkopft of The Bouncing Souls at Little Eden Studios, Fourth Street Singers was crafted from the ground up with an all-star cast of accomplished musicians, featuring members of The Slackers, Franz Nicolay’s band, Rancid’s touring band, Westbound Train, Leftover Crack, Plow United and more. The sense of camaraderie from the recording studio is palpable across the 10 tracks on Fourth Street Singers, but Kay’s songs are more than just bar anthems. There is a yearning that can’t be denied in every song. Whether it’s a desire for truth, connection, or something more, these tracks feel authentic and lived-in. Even Kay’s take on the Tom Waits classic “Old Shoes (Pictures And Postcards)” feels entwined with the story told on Fourth Street Singers.

Harnessing influences ranging across the spectrums of rock n’ roll, punk, and Americana, SAMMY KAY has crafted an album that is uniquely personal while still invitingly familiar, wild and free while still reserved and dynamic. Full of love and despair, life and death, salvation and American rock n’ roll, Fourth Street Singers is SAMMY KAY.