Niagara release video for ‘Else’ from ‘Else What Else?’ + Liars and Diego Perrone Remixes‏ 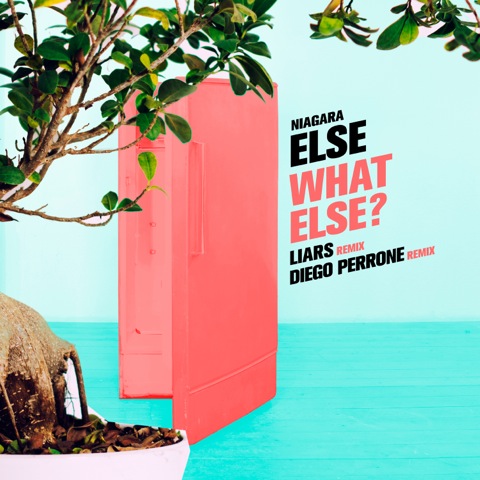 NIAGARA RELEASE ‘ELSE WHAT ELSE?’

‘Else What Else?’ is the upcoming release from Turin-Based experimental-pop duo Niagara, set to drop via Monotreme Records on April 27th. Taken from the band’s courageous second album ‘Don’t Take it Personally,’ it starts like a daydream, before turning into a menacing monster of a track, the sweeping arrangements complimenting it’s spluttering rhythm and booming electronics. ‘Else’ is a pop song at heart, but one that utilises some of the furthest extremities of the genre, incorporating elements of electronica, psychedelia, cold-wave and more. It’s quite simply a mesmerising yet brash work-out built on originality and authenticity.

Niagara is the collaborative project of artists/producers David Tomat and Gabriele Ottino. There is always a concept behind their music – this time the ongoing struggle to balance their desire to develop and exploit technology against the need to make technology more sympathetic to nature.

‘Else What Else’ pairs single track ‘Else’ with fresh remixes from wonderfully chaotic, LA three-piece Liars (Mute) and fellow countryman and founding member Diego Perrone (Caparezza).