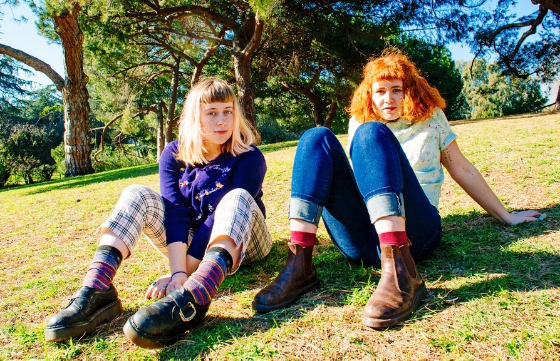 – DEBUT ALBUM ‘BEFORE THE WORLD WAS BIG’

– FESTIVAL DATES INCLUDING BESTIVAL & END OF THE ROAD

Philadelphia by way of Los Angeles duo, Girlpool are following up their critically acclaimed self-titled EP with the release of their debut album, Before The World Was Big on June 1st via Wichita Recordings.

‘Ideal World’ is the opening track & first single from the band’s debut LP.

Girlpool have also announced appearances at Bestival & End of the Road festivals, with more UK dates to follow soon.

Born and raised in Los Angeles, Girlpool is a Philadelphia based two piece made up of Cleo Tucker(Guitar) and Harmony Tividad (Bass). The two met at Los Angeles DIY venue the Smell and quickly grew very close. Their sound is raw, comprised only of a guitar, bass and vocal harmonies. Cleo and Harmony use this stripped-down instrumentation to accentuate their vulnerable and powerful lyrics.

After releasing their self-titled EP, Girlpool relocated to Philadelphia at the end of 2014 looking for change of pace and scenery. There they recorded their debut LP, Before The World Was Big, with Kyle Gilbride (of Swearin’). Before The World Was Big explores the concepts of growth, friendship, and the interaction between identity and environment. The introspective-punk duo captures growing pains and existential quandaries with a honest and true intention.
Before the World Was Big can be pre-ordered at http://smarturl.it/gpoolbefore. The pre-order includes an instant grat download of Ideal World via iTunes and the pre-order bundle on the Wichita store includes signed poster.

3. Before The World Was Big

Before The World Was Big artwork: 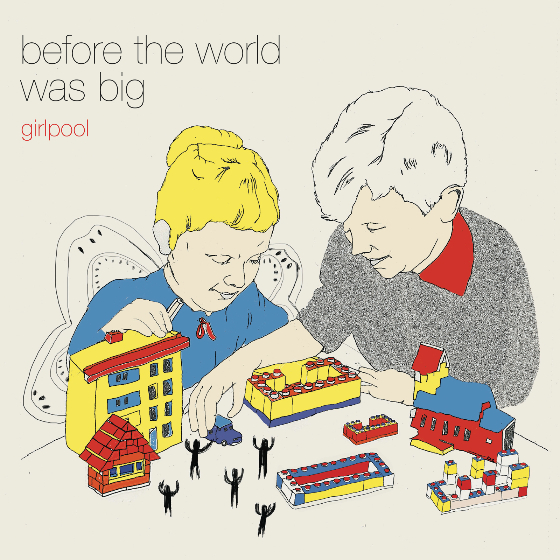 More to be announced soon.

Before The World Was Big pre-order link

‘Cut Your Bangs’ in session for NME