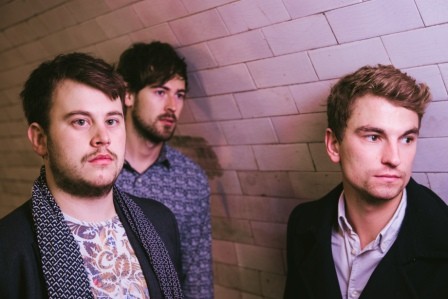 Stirring electro pop trio Winters Island proudly present their inspired cover of En Vogue’s 1996 hit ‘Don’t Let Go (Love)’, available now as a free download.
The original track, an R&B classic, peaked at No. 2 on the US Billboard, spent 13 weeks in the UK top 40, and was voted as one of the 150 best tracks to be released during the first 15 years of NME’s lifetime.
The Winters Island rework clearly embraces the numerous strengths of the original; respecting its distinctive groove, strong hooks and impressive harmonies. However, the group succeeds in making the anthem their own, bolstering the original’s power with a plethora of synthesizers and a characteristic Winters Island breakdown.
Andy Trimmer, Sam Thomas and Will Kay formed the band last March and have enjoyed coveted radio support so far. Dermot O’Leary praised their song ‘Fire’ as a ‘great track’ before playing it on his show for BBC Radio 2, whilst a host of Amazing Radio DJs have been charmed by the trio’s invigorating music, including Simon Raymonde, Charlie Ashcroft, Shell Zenner and Gill Mills.
The group have already developed a solid live reputation through their performances at some of London’s most iconic venues, including a support slot for Freddie Dickson at KOKO, a headline show at The Lexington, and a stirring showcase at Proud Camden, with gigs around the country soon to follow.

‘Don’t Let Go (Love)’ is unveiled ahead of the band’s forthcoming evocative single ‘Ares’ on 6th April, and is set to prove a valuable addition to the catalogue of a mightily talented trio: a track that’s set to please fans of the original and charm new listeners alike.