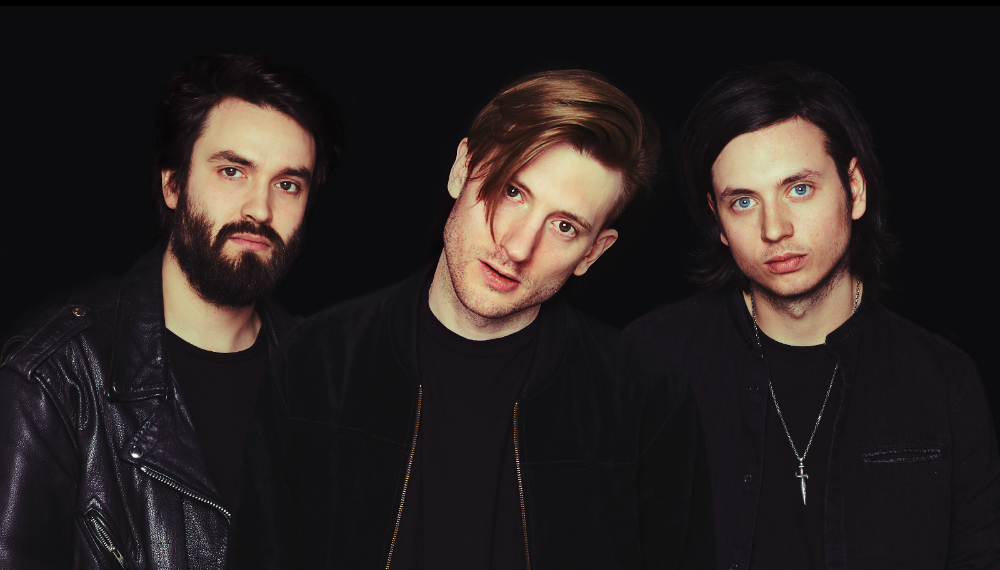 Dinosaur Pile-Up are back, with their biggest and heaviest offering to date. The Leeds trio are streaming the almost-title-track from their forthcoming third album ‘Eleven Eleven’ here. Titled ’11:11’, the single will be released via SO Recordings on 18th May.

As guitarist, vocalist and instigator, Matt Bigland says, “’11:11’ actually began as a riff that me, Mike (drums) and Jim (bass) were screwing around with one time just before heading out on tour. It kept on coming back, so eventually one day I sat down and wrote it, and I was like ‘shit… this is the start of the new record!!’ It was just so… BIG. It was really exciting…”

Sculpted by the expert hands of producer Tom Dalgety (Royal Blood/Turbowolf) the crushing riffs of ‘Eleven Eleven’ are a glaring signal of deadly intent from a band that enjoyed a stellar live year in 2014. If their career were a Tarantino movie, then they are at the scene where they’re about to cut your ear clean off. Audiences from here to the States, then all the way back around again are about to see blood. This is an album that sees Dinosaur Pile-Up go harder, faster and heavier than ever before. To give you an idea of Dinosaur Pile-Up’s definition of ‘hard and fast’ just glance at what they achieved on the live circuit last year alone: the States three times, Japan twice, Europe, India and their native UK. That’s a hell of an itinerary for a live show as notoriously savage as theirs.

With their third record heralding a darker and more intense sound – as well as invoking comparisons to Deftones, Smashing Pumpkins and Nirvana – it’s time to sit up and take note. Dinosaur Pile-up are ready to unleash their biggest and most accomplished LP to date, which will surely usher them in as worthy adversaries to the UK rock elite.