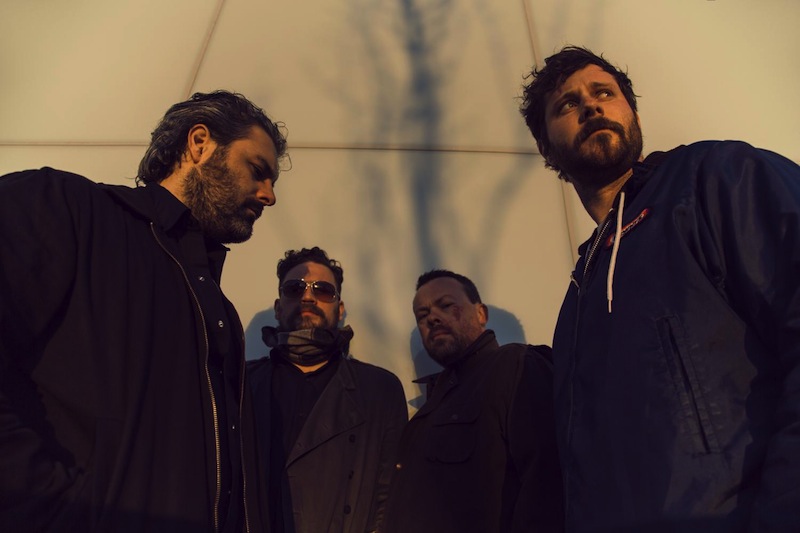 “An album rich in sounds and moods.” – **** The Observer
“Once you turn on and tune in to these meds, it’s pretty hard to drop out.” – **** The Guardian
“Mangan emerges a songwriter re-energised, unashamedly impassioned and literate.” – 8/10, DiS
“Beautiful and intriguing at the same time” – The 405
“An unexpected gem” – ***** Guitarist Magazine
“A bold move from a rapidly developing talent” – **** Q Magazine
“Very impressive stuff.” – 8/10, Uncut
With their UK tour set to kick off in just over a month’s time, Dan Mangan + Blacksmith have shared a new video for single ‘Mouthpiece’.

Produced by Stuart Gillies for The Herd Films, the clip gives a taste of what to expect from the band on tour & brings to life a track that is particularly important to Dan. “It took me months and months to feel like the lyrics were finished” he explained. “It’s a rant. It’s nearly a tirade!”

Blacksmith is Kenton Loewen (drums), Gordon Grdina (guitar), John Walsh (bass) and often JP Carter(trumpet), Jesse Zubot (violin) and Tyson Naylor (keys). They bring an unmistakable character to Club Meds; a stark glassy edge that swells and sways like a roaring ocean. Through a fog of analog feedback loops and synths, the band’s performances breathe deeply and steadily like a dragon at rest.