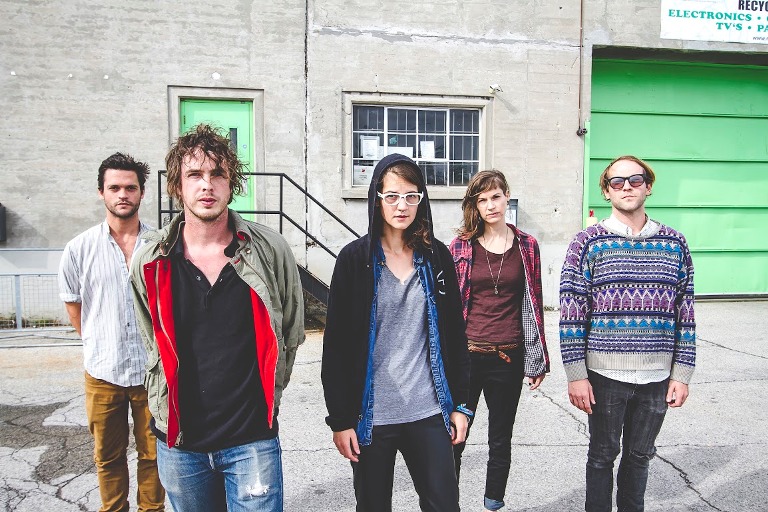 Having had a stellar 2014, hook-heavy garage-pop band BRONCHO return to the UK in April for a series of tour dates alongside Pennsylvanian upstarts The Districts, followed by shows with Californian garage-rockers The Growlers.

Explaining the video, singer Ryan Lindsay says: “The kid is a younger brother who is getting exposed to a lot of things at an early age by a group of his older brother’s friends, who don’t see the need to censor themselves. Maybe they experienced the same things and don’t see a problem with him getting into trouble? Maybe they’re teaching him how not to get in trouble? Causing trouble without getting in trouble.”

The forthcoming tour features 11 dates with The Districts, including a show at London’s Scala, before three shows in London, Glasgow and Bristol with The Growlers. Tickets for all shows are on sale now. Oklahoma’s BRONCHO will also be bringing their infectious sound to Austin, Texas for 2015’s SXSW.

Album Just Enough Hip To Be Woman is available now via iTunes.

EU tour dates
* With The Districts
^ With The Growlers