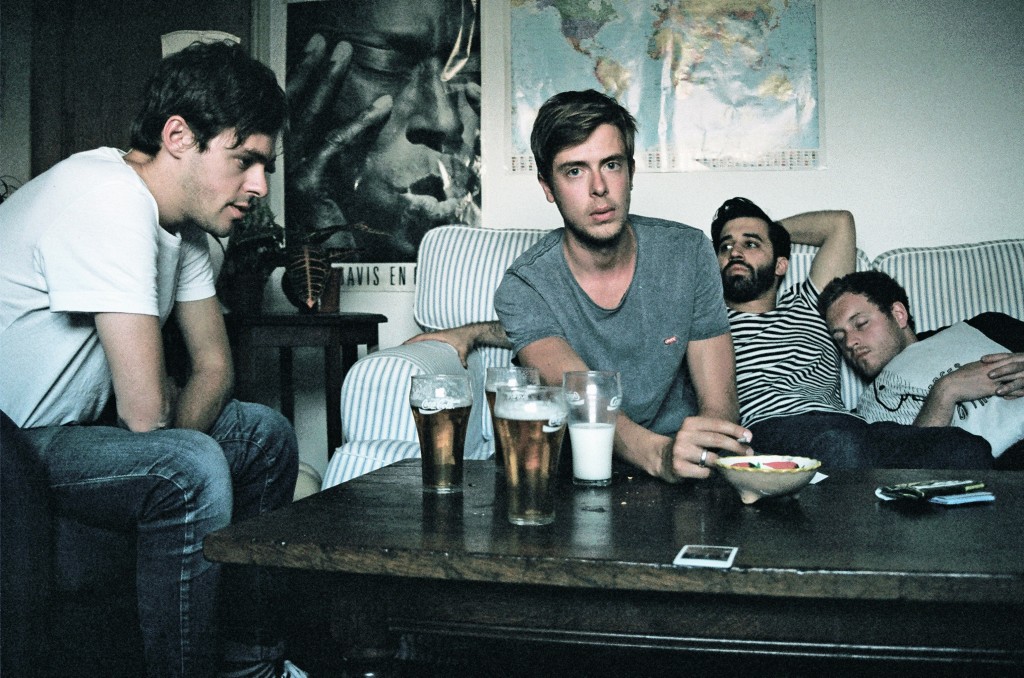 Beach Baby have announced plans for their debut single, ‘Ladybird’, which will be released on March 30th via Chess Club Records (MØ, Swim Deep). The band will play their first ever live shows around the UK in April (featuring a London date at Sebright Arms on April 16th).

Beach Baby are a London-based four-piece whose crisp, US-inspired take on apathetic alternative-pop finds it roots across Athens, Dorset and Sheffield. They met in the musically-rich halls of Goldsmiths College, where co-vocalists Ollie and Lawrence placed an advert looking to build on their then-folk-driven, dual songwriting partnership: future bassist Iraklis turned up dressing like a 50s college freshman (and swiftly got the gig), before drummer Shep completed the equation. Balancing their burgeoning sound with make-do jobs ranging from a teaching assistant to feature-film script readers, the band have arrived fully-formed at the distinct, occasionally dream-like sound and visuals of Beach Baby.

First single ‘Ladybird’ is an evocative blend of British post-punk and 80s new wave – The Cure, Joy Division, The Smiths – together with teething references to the noisier, American grunge and shoegaze acts which followed (Pavement and Nirvana were equally early production touchstones). The results are hazy, bittersweet but forward-focused, on a twisted alternative love-song tracing the subconscious workings of a relationship (“I wanna be your brother / Take a bite of the apple and just spit it out / I wanna be your mother / Raise you up and fuck you right up”). Driven by Ollie and Lawrence’s disaffected but harmonic shared-vocal, ‘Ladybird’ was co-produced by William Lowes in various bedrooms and living rooms across London, with a languid mix courtesy of Cenzo Townshend (Jamie T, The Maccabees, Franz Ferdinand).

The ideas of femininity and suburban, college romance are already building a clear aesthetic around Beach Baby – from the John-Hughes-via-South-London artwork, depicting a sisterly but distant teenager, to the band’s striking forthcoming debut video, in which a further narrative is established. Like the first sight of the titular insect, ‘Ladybird’ hints at a long, potentially listless summer ahead.