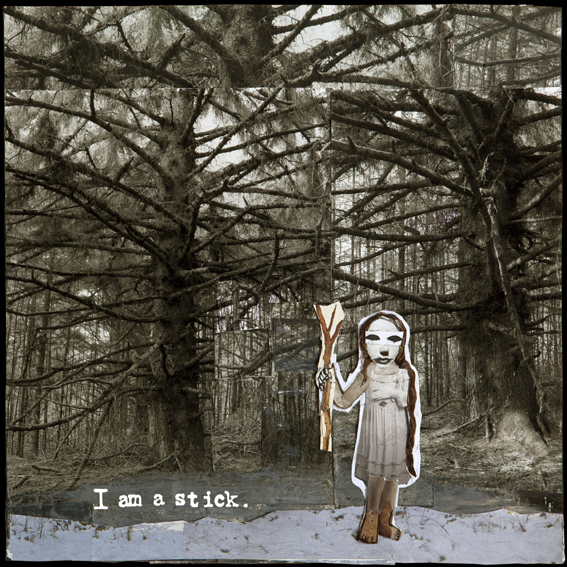 So anyway, there’s a song on here, eight years in the making, called ‘Whose Rough Hands’. It’s about a kid named Kent Lang, who at the age of six was the most degraded human being I have ever known. When Kent walked down the street he’d piss on every tree like a dog and say “Fuck you!” to everybody he met. He managed to get expelled from kindergarten within fifteen minutes of his arrival. And when the school burned down some months later I always thought he might have had something to do with it. But apart from being dirty and obscene and having a look in his eye that would make Charlie Manson squirm he wasn’t all that bad. As far as I know he never hurt anybody. He just horrified them.

Where do the Kent Lang’s of this world come from? I think they’re made by bad carpenters.

Plenty of nails to go around
Bend ’em over, boys, and pound ’em down.
Got no hammer? A brick ‘ll do.
Got no brick? Use a stick.
Any old shoe will do the trick.

This is a road album — traveling music — It’s got roads and rivers, boats and bridges, bendy buses and flying seeing-eye donkeys. It’s got destinations — It’s got Vegas. It’s got Tokyo.

This album goes everywhere. It makes the circus catch and it takes the fall. It’s got conscience-stricken homicidal impulses and full on glad-I-done-it glory in the bloody deed. It’s got no regrets, big regrets, love, sorrow, shamelessness, stupidity, whistling idiots, and quietude.

And it’s got the magnificent art of Christina de Vos.

It’s got Colin Stetson, blowing his glorious guts out.

It’s got the very best of bands. Alex Neilson on drums. Joe Carvell on bass, Victor Herrero, on guitar, and Jordan Hunt on strings.

It’s called I Am a Stick.

Watch the album trailer for I Am A Stick HERE

I Am A Stick will be released on Tin Angel Records on 1st June 2015.

One of the industry’s most flamboyant musical discoveries of the last decade, Baby Dee is an enchanting song writer, classically trained harpist, circus sideshow veteran, and transgender street legend.  Her infectious cackle and extraordinary talent on piano, harp and accordion has caught her many musical admirers including Will Oldham, Matt Sweeney, Maxim Moston, and Andrew WK, all of whom have produced unique and magnificent albums for her.