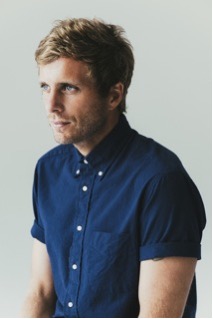 ‘Windows’ finds AWOLNATION mastermind Aaron Bruno searching for a balance between blissful and abrasive, incorporating epic shades of Pink Floyd, with more aggressive electronics and emotional vocals. Over sparse, bass-heavy production, Bruno lets his voice run ragged before jumping into his upper register as a soft piano line tumbles out of nowhere. Bit by bit, the song fuses the two sections together until they combine at the end, as Bruno howls over thumping drums and delicately anthemic piano.

The track comes from the band’s hugely anticipated second album ‘Run’, due out on March 16th via Red Bull Records. The end result is a finely tuned musical masterwork that is at times, and all at once, sprawling, atmospheric, exuberant, earnest and refined with moments of a signature unease. “There is not one second on the record that hasn’t been thoughtfully placed,” says Bruno. “Every single element serves a purpose.”

To promote the release of ‘Run’, the band will be returning to UK shores for the first time since selling out London’s Shepherds Bush Empire in 2014, with a one-off show at London’s Electric Ballroom, with support from BBC Radio 1 DJ Huw Stephens and Nothing But Thieves.

In addition to the release of ‘Windows’, AWOLNATION have partnered with the legendary surf and ski company O’Neill, launching their new global brand campaign,‘UNREASONABLE Expectations Since 1952’, featuring the band’s title track ‘Run’. The video includes some breathtaking shots of huge breaking waves, daring surf tricks and stunning mountainous landscapes.

Aaron says: “Surfing and music go hand in hand. They are instinctual, rhythmic, happy, sad, heavy, soft, disappointing, rewarding, humbling, devastating, and glorious on any given day. Only a surfer can understand the true spiritual soul cleansing of a barrel. Whenever we are out on the road, playing shows in front of thousands of people, I can’t help but sometimes wonder what tubes I may be missing back home.”

‘Run’ is currently available for pre-order online, and all purchases come with an instant download of ‘Hollow Moon (Bad Wolf)’ and ‘Windows’. The album was written, recorded and produced by Bruno, and follows up the group’s 2011 debut gold-selling LP, ‘Megalithic Symphony’, which boasted the breakout single, ‘Sail’, which is certified 6x platinum in the US and is the second longest charting song in the Billboard Hot 100’s 55-year history.

IRAH share video “Cinematic” made of home VHS footage taken whilst fleeing the Balkan war as a child. ‘Diamond Grid’ out May 24 on Tambourhinocerous