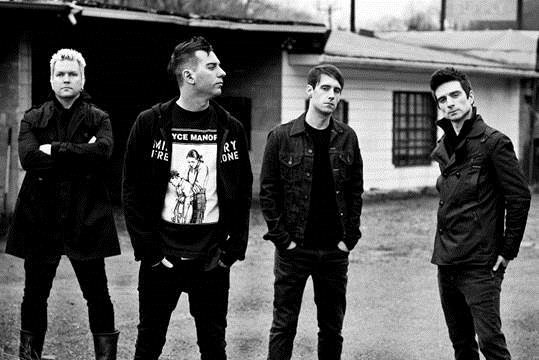 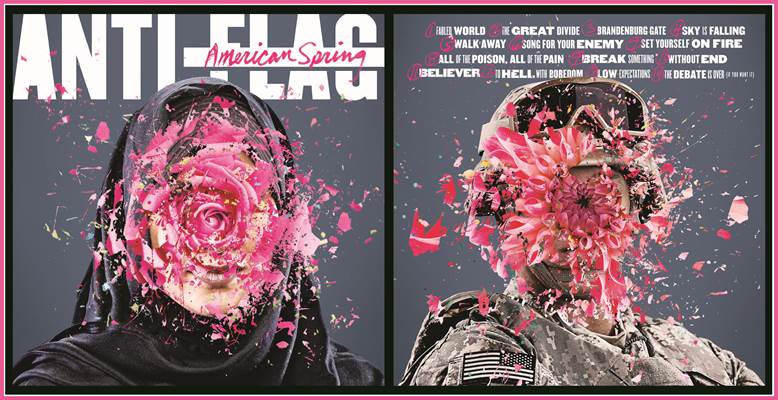 Historically, Pittsburgh-based punk stalwarts Anti-Flag have always had important, socially conscious messages to convey and musical statements they’ve been driven to make, and that ethos remains intact with new album, American Spring – their Spinefarm Records debut, due out May 25th.

The band has shared the front & back album artwork, and the images will certainly spark conversation and perhaps inspire change, which is the spirit in which punk rock was initially founded.

There are plenty of ways in which the viewer can interpret the vivid artwork, which features a woman wearing a black hajib veil, while the back cover shows an American soldier in combat fatigues; both of their faces are obscured by an exploding pink flower.

“The songs on American Spring are an aggressive critique of the global social and political climate of 2015,” Anti-Flag explain. “The artwork is no different. The cover art is meant to challenge our collective view of violence and peace.  The entire American Spring package includes essays, personal liner notes, and further information behind the driving forces of each song, detailing ways for us all to take action against injustice in the world. The American Spring is now.”

On March 31st, the first track on the album, ‘Fabled World’, will be premiered worldwide.   The full album track-listing is as follows:

6)Song For Your Enemy

7)Set Yourself On Fire

12)To Hell With Boredom