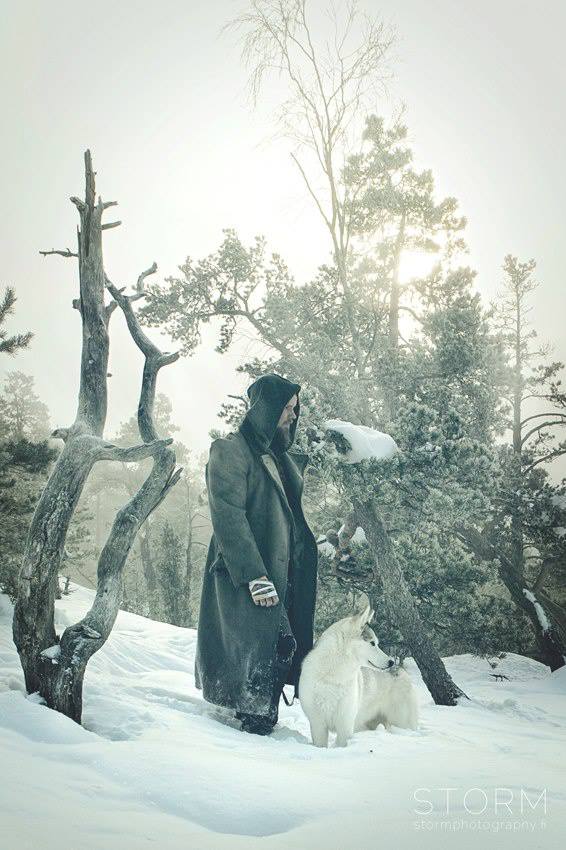 from debut album
“Winterborn”
Wolfheart release ‘The Hunt’  video taken from their debut album ‘Winterborn’ on Spinefarm Records.
‘We’re meandering through the dead of winter, dealing with ice, snow, bitter chill, and, well, misery in much of the country. But rather than lament the climate and wish away our lives, thinking about warm weather, Wolfheart indirectly celebrate the starkness of the season with their music. The video for the wintry and metallic yet beautifully ominous track “The Hunt”
No, the video doesn’t feature the elements or ice or snow. That vibe is implicit in the music. Instead, we witness Wolfheart in their element… crafting music that’ll make the hair on the back of your neck stand on end.
Watch Wolfheart, the brainchild of Tuomas Saukonnen, a massive hulk of a human being with boundless talent, in the studio, performing, and laying a hurting on those poor, unsuspecting instruments.But it’s not all brutality, all of the time.
In some instances, Tuomas and Wolfheart treat guitars like objects that are beloved, as well. It’s all about the extremes and satisfying both ends of the spectrum, with Wolfheart’s music and their video for “The Hunt.”
Notice Tuomas’ arms, which are decorated with plenty of tattoos and could crush skulls like walnuts. But they also churn out amazing metallic music.”The Hunt” lives on the band’s Winterborn album, which was just released in the U.S. after previously only seeing release in the band’s native Finland. Wolfheart will release a brand new album later this year, but for now, why not engage in “The Hunt?”
Winterborn Track listing:
01. The Hunt
02. Strength and Valour
03. Routa pt.2
04. Gale Of Winter
05. Whiteout
06. Ghost of Karelia
07. I
08. Chasm
09. Breathe
10. Isolation
11.Into The Wild
iTunes: http://bit.ly/Winterborn_iTunes
Amazon: http://smarturl.it/wolfheartamazon
SPOTIFY: Wolfheart – Winterborn
Line-up:
Tuomas Saukkonen – guitar, vocals,drums, bass
Mika Lammassaari – guitar solos
Live line up:
Joonas Kauppinen – drums
Lauri Silvonen – bass, backing vocals
https://www.facebook.com/WolfheartRealm

NOZSTOCK: THE HIDDEN VALLEY More Line Up and Comedy News