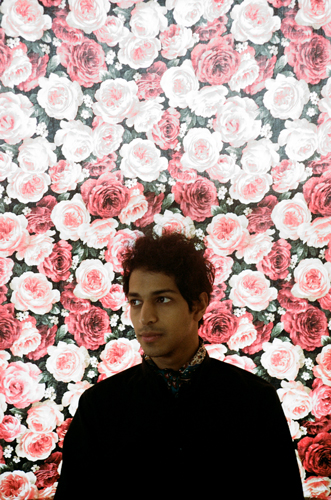 WATCH VIDEO
“a series of sharply etched portraits of struggling Americans that points back along a road of socially conscious songs. Woody Guthrie is standing at the head of that road” THE NEW YORKER“An impressive debut” ★★★★ THE OBSERVER

“There’s real sincerity… from a talent that echoes a bygone era but for the here and now.” ★★★★½ THE SUN#8 – ESSENTIAL ALBUMS OF 2014  “Where Guthrie’s songs were a clarion calls to the masses, Kapoor’s tracks, like Springsteen’s, are heartbreakingly personal pleas.” LIVE 4 EVER

“stunning” – TOP 10 ALBUMS OF THE YEAR TIN CAN REVIEW, RESONANCE FM

Following the release of his critically acclaimed debut album last year, Pennsylvanian songwriter Vikesh Kapoor returns with new single ‘Blue-Eyed Baby’. The single, a track taken from Vikesh’s 2014 album ‘The Ballad Of Willy Robbins’ (#70 Rough Trade’s Albums Of The Year), will be released on February 16th via Loose Music. Vikesh has also announced an Irish & UK tour in February and March – his first visit to the UK since touring as support for The Handsome Family last May.
“Blue-Eyed Baby is a song for the lonely ones. The ones walking the streets defeated, estranged, without courage, heavy in the chest. This one’s for them.” – Vikesh Kapoor
Watch the video for Blue-Eyed Baby via Youtube: