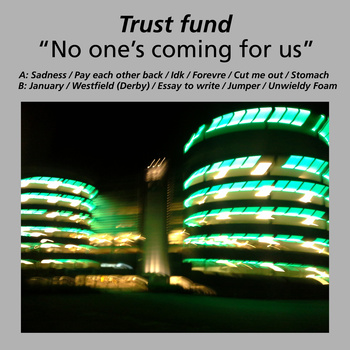 ‘No one’s coming for us’

Trust Fund are like an open book. They’re so refreshingly honest that it’s hard not to like them. Although the full band often morphs, with members drifting in and out gig by gig, Ellis Jones is the constant in the band, and that’s where this sense honesty stems from. His voice is effortlessly sincere and endearing, especially on tender tracks like ‘IDK’ on their new album ‘No one’s coming for us.’ But it’s the lyrics that make this new album so special.There’s a deliberate naivety, it reminds me a bit of early Let’s Wrestle, both having that glorious knack of making the mundane sound lovely.

The album is currently streaming on Noisey, as well as below, and before that, the single ‘Cut me out’ had it’s video premiered on the site too so it’s fair to say the music press has really taken notice of Trust Fund. The video in question featured the band members fawning over some inexcusably cute dogs, all looking inexcusably cute themselves. This is an album of pure indie-pop stark in it’s honesty and unstoppable in it’s catchiness, you’d do well to take notice like everyone else is.

You can catch Trust Fund on tour through February and stream the album below:

“No one’s coming for us” Full Album Stream- 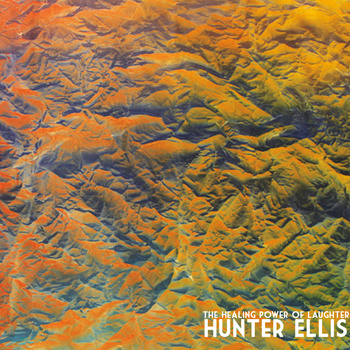