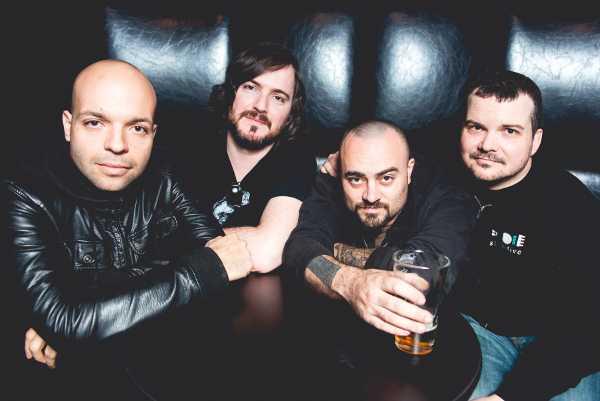 Relapse  have unleashed Torche vs. Robots: Annihilation Affair (www.torchevsrobots.com), a single-player game featuring each member of Florida’s Torche as characters trying to save the city of Miami from destruction bent robots. Fans who play the game are eligible to win a prize pack that includes new album Restarter on vinyl, a t-shirt, two tickets to see Torche on tour and stickers.  To enter, contestants must upload a video to YouTube which shows them beating the game with the hash tag #torchevsrobots.  One prize pack per band member/character will be awarded with winners picked on Feb. 23.
Torche will also roll out several songs from Restarter (Feb. 23, Relapse Records) this week, with Metal Hammer premiering ‘Bishop In Arms‘.

Alternative Press shares “Undone” tomorrow, Stereogum debuts “Restarter” on Wednesday, followed by Paste’s stream of “Blasted’ on Thursday and Metal Sucks hosting “Barrier Hammer” on Friday. Noisey will begin streaming the album in its entirety, with a first listen to “Believe it” and “No Servants” on Monday, Feb. 16.

Restarter will be released on CD/LP/Deluxe 2xLP/Cassette/Digital, with pre-orders available now with songs “Harmonslaught” and “Rock ‘N’ Roll Mantasy,” will be included on deluxe editions.  Digital pre-orders offer an instant download of ‘Annihilation Affair’ and ‘Minions’, Bandcamp, and physically via Relapse.