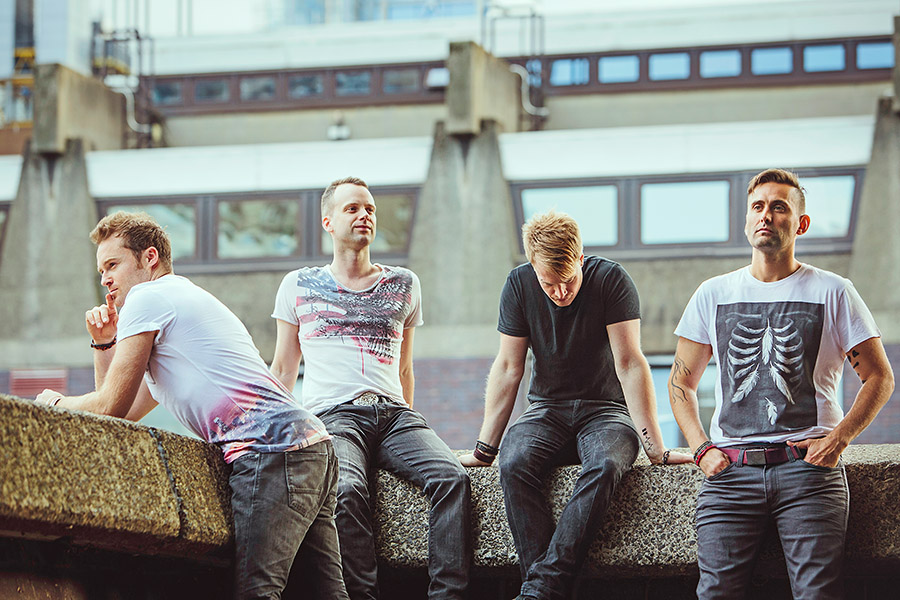 New Single Out 23rd February 2015 In Advance Of New Album

This year, The Fuse are getting serious. This anthem smashing, infectiously hooky rock/indie outfit are ready to deliver a year of killer live shows, a new single and even a world record attempt – all in advance of a brand new album.

‘Reload’ is their first release of the year, taken from 2014’s EP Black Lion – and shows off the band’s melodic side as much as their rock punch.  This precedes a new album, currently under working title ‘Alamein’, due at the end of April, and produced by Javier Weyler (Sterophonics 2006-12).  A set of UK dates promote the single, fresh off the return of the band from their recent tour in Holland throughout January.

All the above would be enough for most bands. But not The Fuse. They are going that one step further – attempting to set their own world record. Titled ‘100 Nations 100 Faces 1 Voice – A Celebration Of London’s Multicultural Identity’, the band are putting as many people from different nationalities as they can into their next upcoming video – not just to set a record, but also to show that this world in which we live is made great by people from all different backgrounds and creeds – a message many would do well to heed in a time of huge political unrest and war between cultures.

Signed by industry A & R legend Russ Regan (Elton John, Barry White) in 2007, London based The Fuse made their first studio album in LA.  Tracks from ‘The Rest Is History’ went on to spend a combined total of 32 weeks in the top 3 of Australia’s IAA chart and enjoyed widespread radio play in the UK.

‘Reload’ is due for release on Monday 23rd February 2015. Check out the video here: