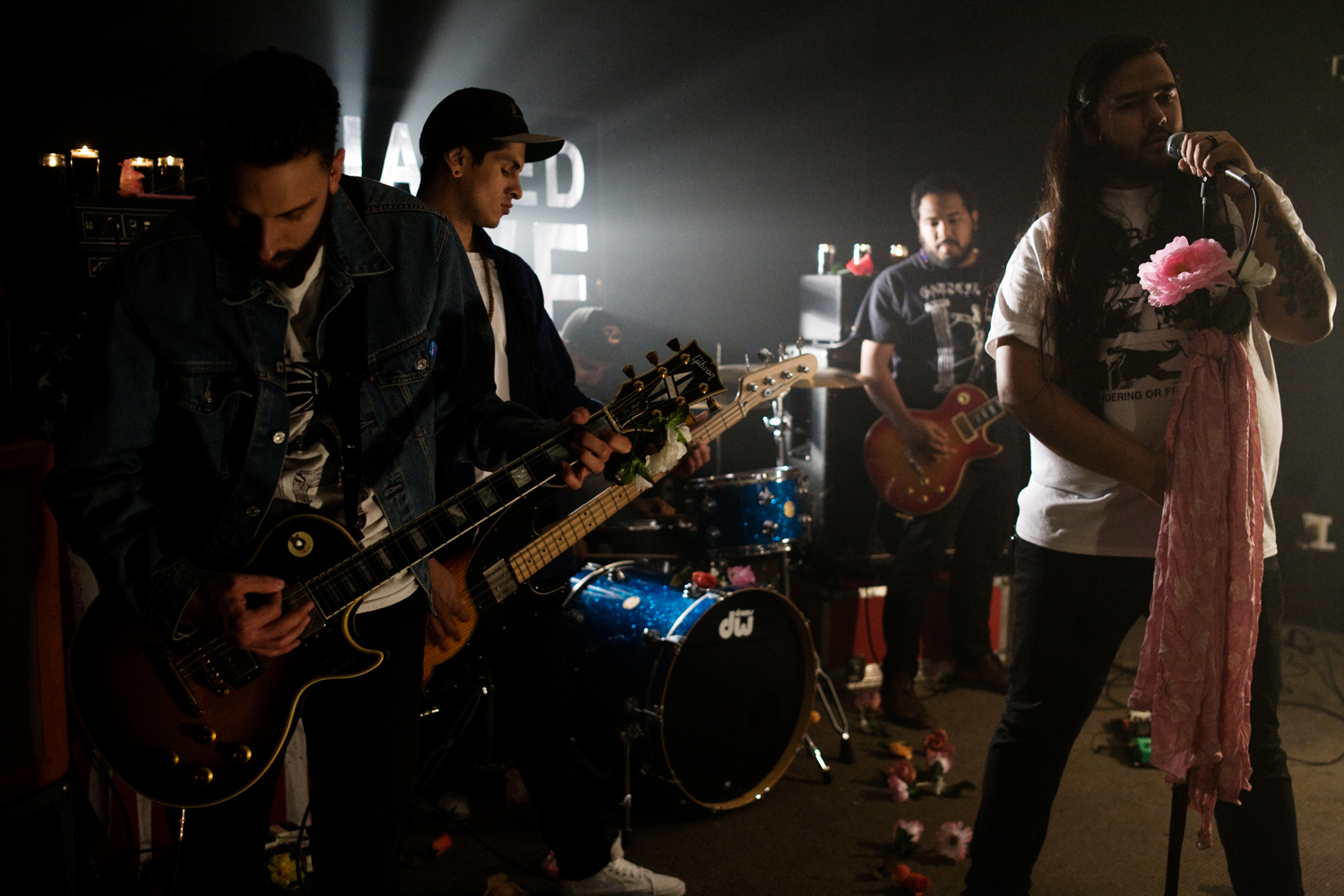 The Beautiful Ones have announced initial details about their long awaited full length,Jaded Love, being released via 6131 Records on April 21st. In conjunction with the announcement, the band teamed with AbsolutePunk to stream their song “Exhale (Room 312)” from the album, available to stream at the link below.
Stream “Exhale (Room 312)” by The Beautiful Ones via AbsolutePunk
http://www.absolutepunk.net/showthread.php?t=3718033
At first blush, it might seem easy to dismiss The Beautiful Ones as yet another in a long line of current hardcore bands aping late ’80s NYHC conventions. Upon further investigation, a deeper and more genuine aesthetic becomes apparent, as evidenced on their new full length, Jaded Love. The NYHC elements are undeniably present, yet a broader spectrum of influences stand out as well. Clearly the band has been listening to everything from Alice In Chains to Slowdive and have impressively melding them into one cohesive sound all their own. Unafraid to explore their mellower side, The Beautiful Onesrecruited Pity Sex vocalist Britty Drake to sing on two of their new songs, including “The Morning” which features Drake handling lead vocal duties. The result is unlike anything heard on records from their contemporaries and nods towards a certain progression for the band. The Beautiful Ones are not the sort of band that sets out to turn things on their head, but with Jaded Love they may be naturally stepping in that direction, and the results are striking.