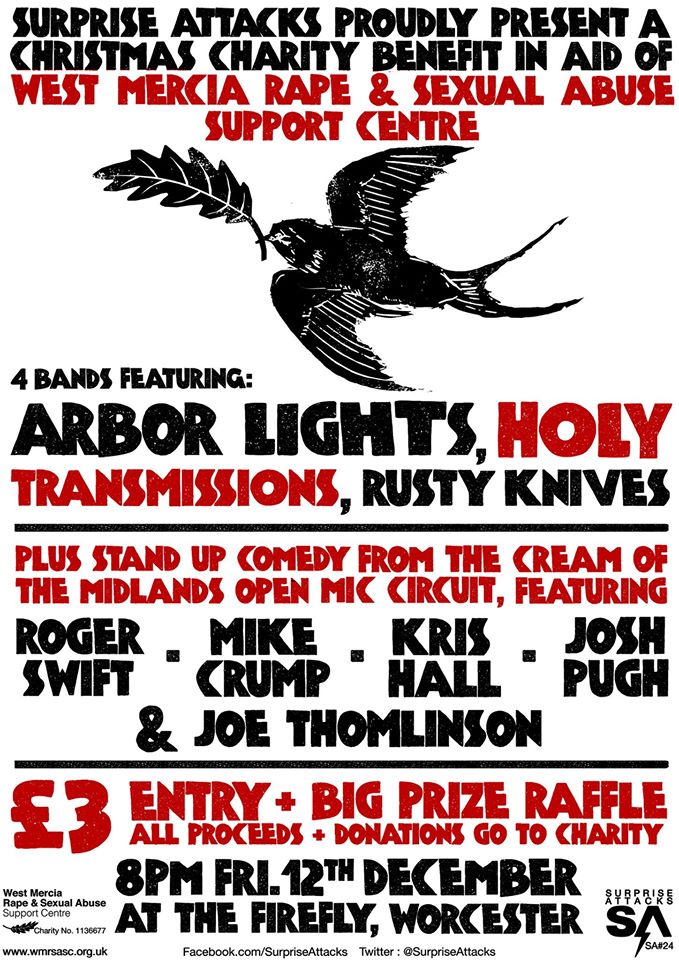 Mid December we were back over in Worcester at the special Surprise Attacks charity night in aid of West Mercia Rape and Sexual Abuse support centre, having missed the comedy stand up kick starting the gig, we did manage to witness the mesmerising Transmissions, an act about to explode. Uniting the crowd with their energetic and raw performance- you find yourself unable to look away. With hints of 90s post- punk rock, this quintet are creating their own genre and are a talent we urge you to watch. Transmissions were followed by the psychadelic, loveable sounds from those talented men in Holy. The 4 piece are one of the tightest experimental psychedelic rock bands around. Their compositions featured traces of Black Angels, Tame Impala, Stone Roses-esque riffs and drum beats and Pixies type vocals, their live sets are simply hypnotic. Following a charity raffle, where gig goers raised a fantastic amount, Birmingham’s Arbor Lights closed the night on a epic post rock high.- We hand over to Ed Ling who tells us more about the evenings proceedings.

The late great Bill Hicks, when US audiences would drift off during the long parts of his set dedicated to Republicans or zen philosophy, would reassure the punters that it was OK. There were dick jokes coming. And that after the editorial shit, they would skip off, hand in hand, to a place of timeless humour called Dick Joke Island. The headliner to this bill of stand up comedy at the Firefly – Roger Swift – was an addled shitstorm of homemade prop-driven visual puns so offensive and crass, and delivered with such force and unhinged intent that it was – and I use this term carefully – bordering on genius.

The other acts on this bill each we’re more… cerebral, but each nonetheless had their own voice. Mike Crump – a Dudley Alan Carr with a dirty mind and a touch of the wistful that you wanted to hug. Kris Hall a teller of laconic stories of incompetent parenting and pedagogic dysfunction. Slacker misanthropy raised to a bargain bin art form; and opener and local hero Joe Thomlinson, whose dark Emo Phillips style knowing meander of jagged visual gags and observational vignettes of small town knuckleheadishness and the surreal sparked matters off to a suitably leftfield start.

This was a hybrid show of spoken word and live music – something rarely done, but really should be done more often. There were four bands on top of the gag-throwers so I’ll be brief.

The Rusty Knives: scratchy and sincere neo-garage punk, with far more ideas than they give themselves credit for, and who are way better than they think they are. Transmissions: still new boys as a unit (this only being their second ever show) but no strangers as practitioners to high-end guitar music – grooved and twisted with a sonic complexity and emotional intensity reminiscent of a ballsier The National; Holy: handsome boys, alright. All brass neck, poses, psychedelic pop hooks, scarves and fur coats… but could maybe benefit from a little more edge; and closing proceedings, Arbor Lights: Symphonic heavy guitar wonder children. Think Mogwai doing the soundtrack to an enlightened and arty remake of the 70s sci-fi classic Silent Running. Or the score to a Hollywood update of War of the Worlds that actually worked. And you’d be about there. The spontaneous donation of proceeds from the online sales of their album Hatherton Lake to the night’s charitable beneficiary – West Mercia Rape and Sexual Assault Support Centre – was also a nice gesture. 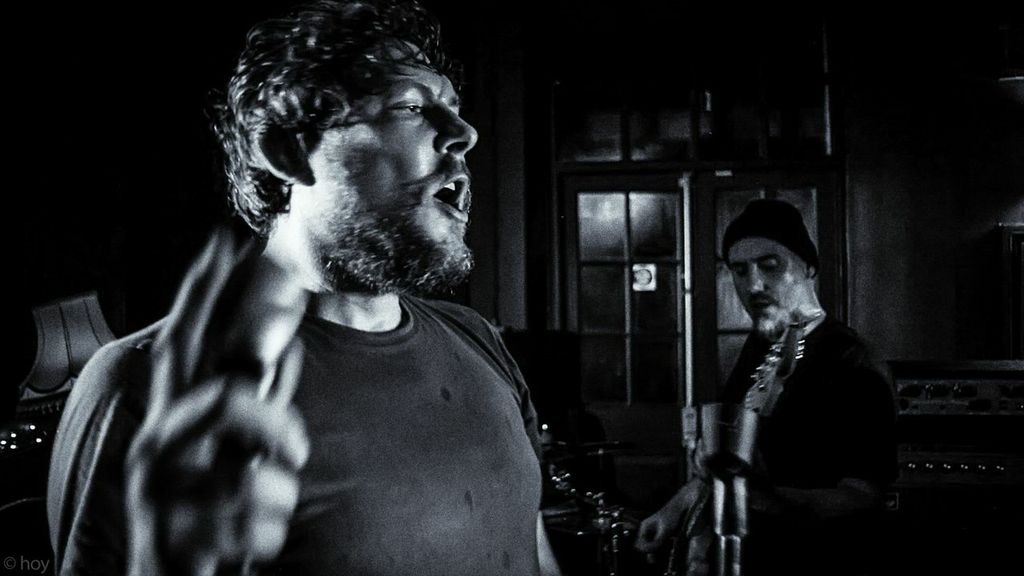 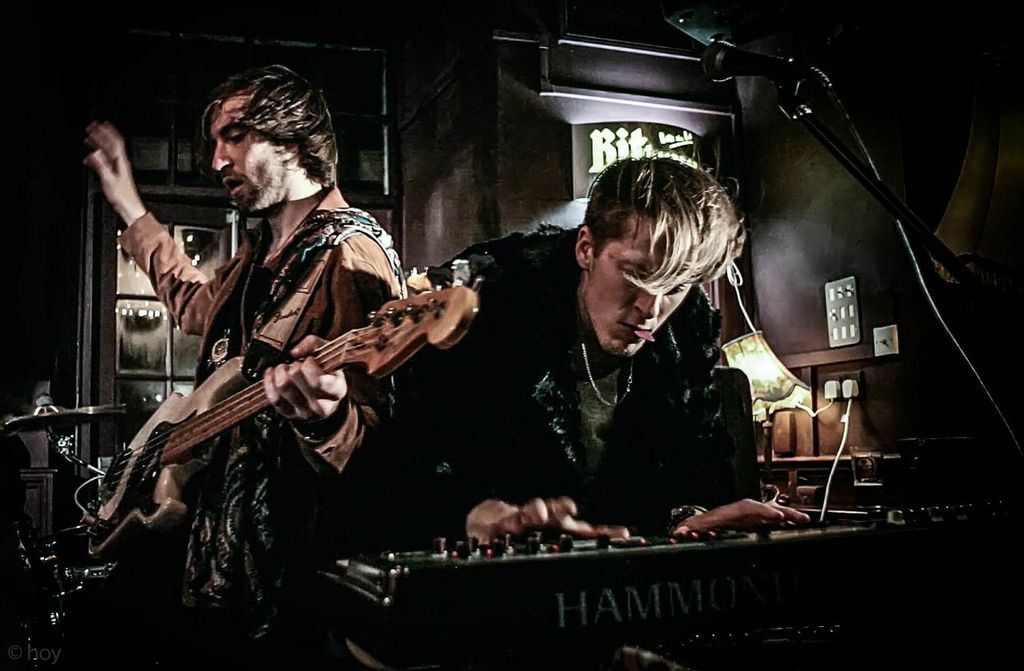 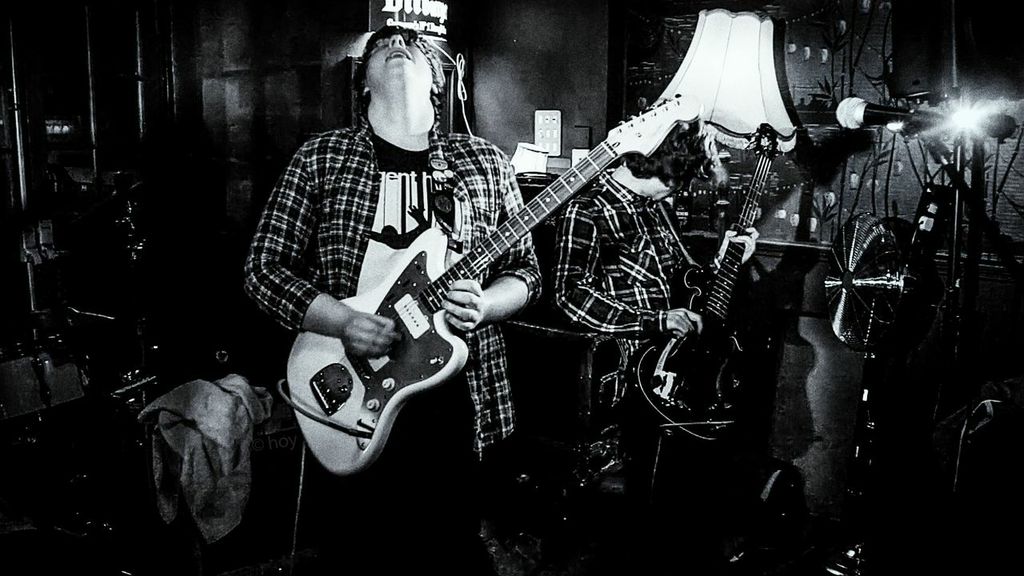 For let it be known this was a charity benefit show. And if you missed the raffle with its unusual haul of quality prizes then… you missed out.

Thank you to Mark Hoy http://inagoodlight.com/  for permission of his incredible gig photography.