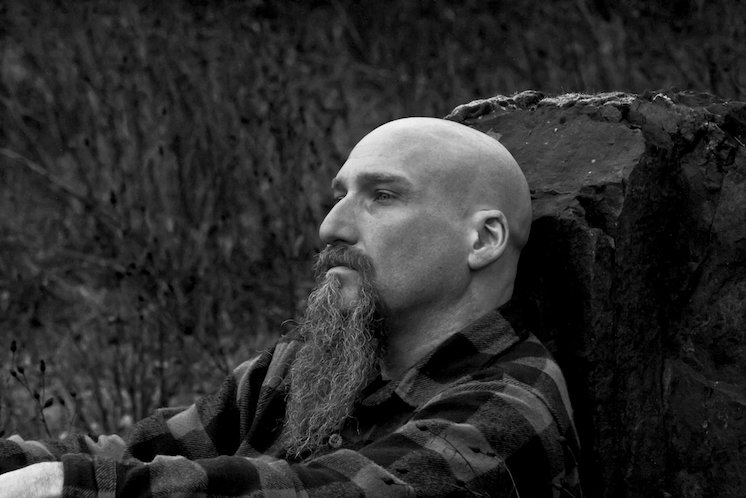 STEVE VON TILL REVEALS DETAILS OF AN ASTONISHING NEW SOLO ALBUM, A LIFE UNTO ITSELF,
UPCOMING ON NEUROT RECORDINGS IN MAY
The title doesn’t quite say it all, but it says some of it: A Life Unto Itself is as much the name of Steve Von Till‘s fourth solo album as it is the perfect description for the 25-plus years he’s spent forging, with his brothers, the incomparable musical force that is Neurosis—not to mention the numerous sonic tapestries he’s woven with Tribes Of Neurot and under his alter ego Harvestman. You can hear that rich musical history, and all the life experience that goes with it, on his new solo album A Life Unto Itself – and this album goes deeper still.

Where Steve Von Till’s previous solo recordings took on a more traditional approach with a respectful nod toward American and European folk music, A Life Unto Itself expands and ventures into compelling uncharted territory for its maker. Steve Von Till’s weathered, distinctive voice and sparse acoustic guitar provides a foundation, but a much wider variety of sonic textures are presented here. Bold and ambitious arrangements weave vintage synth, sublime strings, percussion, and electric guitars in and out of these unique and expansive songs as Steve Von Till’s raspy whisper dives deeply inward and speaks genuinely of visions, memories, and self-reflection in a way that feels both seasoned and exposed.

A Life Unto Itself is a powerful and evocative collection of beautiful Celtic balladry, haunting folk songs, dark psychedelia and expansive Americana, transporting one to the very heart and soul of its creator. If you allow yourself to fully submit to it, abandoning all preconceptions, the rewards can be magnificent.