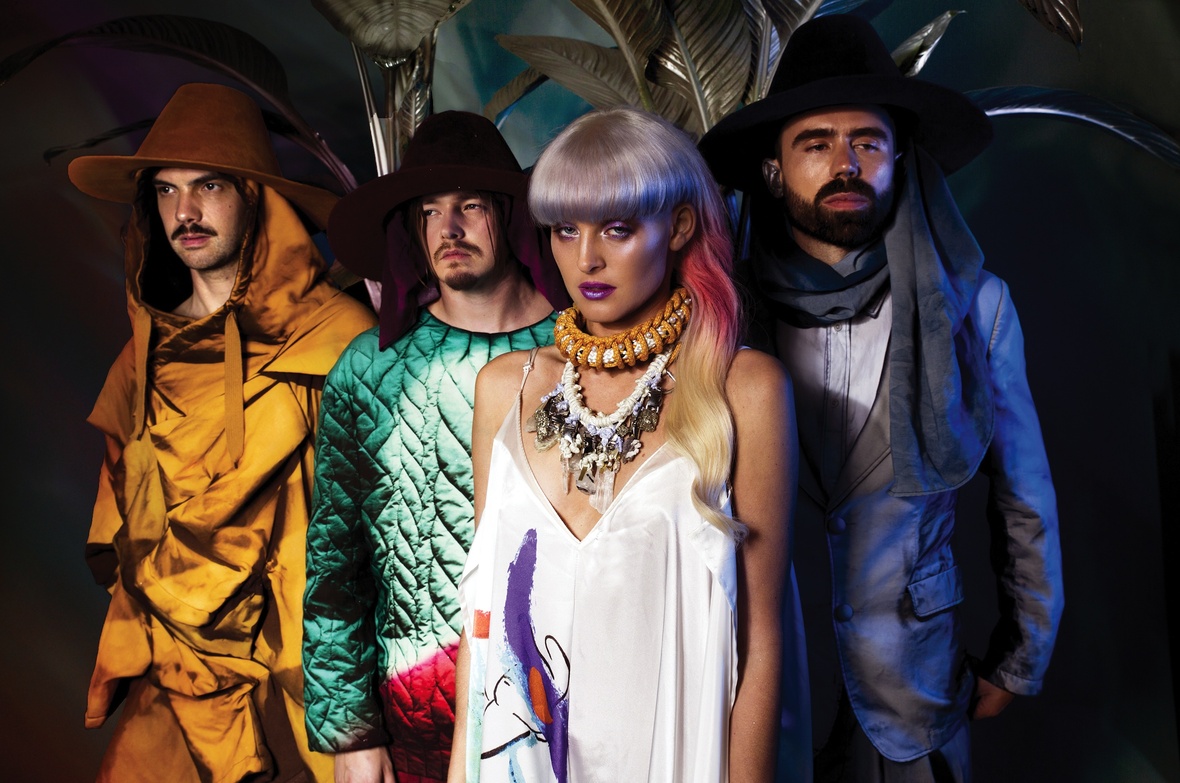 “A sonic tapestry, weaving together threads of melodies from around the world… Trans-continental coolness resonates throughout the album.” Interview

United by their love for tropical and global bass music, hip-hop and electronica; Cata.Pirata andJori Collignon formed SKIP&DIE in 2010. Releasing their acclaimed debut album Riots in the Jungle in 2012, they played riotous shows at Glastonbury, Sonar, The Great Escape and ADE.

Now SKIP&DIE are pleased to announce their sophomore record Cosmic Serpents will be released on April 6th via Crammed Discs.

The record incorporates a rich variety of musical styles, from digital cumbia, Créole maloya, Brazilian rasterinha and electro chaabi to dub, footwork and psychedelic rock which have been inventively merged to create SKIP&DIE’s unique sonic tapestry.

Born and raised in South Africa, Cata.Pirata started moving around as a teenager following her social activist filmmaker parents. She’s lived in the Azores, Ibiza, Argentina and the UK – where she completed her studies in visual and performance arts. Settling in Amsterdam, Catarina worked as a visual artist, curator and editor-in-chief for youth magazine Spunk before her passion for music prevailed. Pirata creates all the artwork for the band and directs most of the videos as well.

As for Jori, learning to play jazz piano from a young age, the Dutch native switched to electronics after discovering Beastie Boys, DJ Shadow and Daft Punk and began honing his skills as multi-instrumentalist, arranger and producer. The pan-tropical future bass band has recently evolved to include Gino Bombrini and Daniel Rose in their number.

The quartet are joined on Cosmic Serpents by a handful of exciting guests from around the globe, including Réunion island band Lindigo, Cairo’s electronic wunderkind Islam Chipsy, Brazil’s DJ Gorki (from Bonde do Role) and brilliant Argentine electronic music artist Chancha Via Circuito.
Luring their live audiences into a landscape somewhere between paradise, the apocalypse and beyond, their live show is not to be missed. 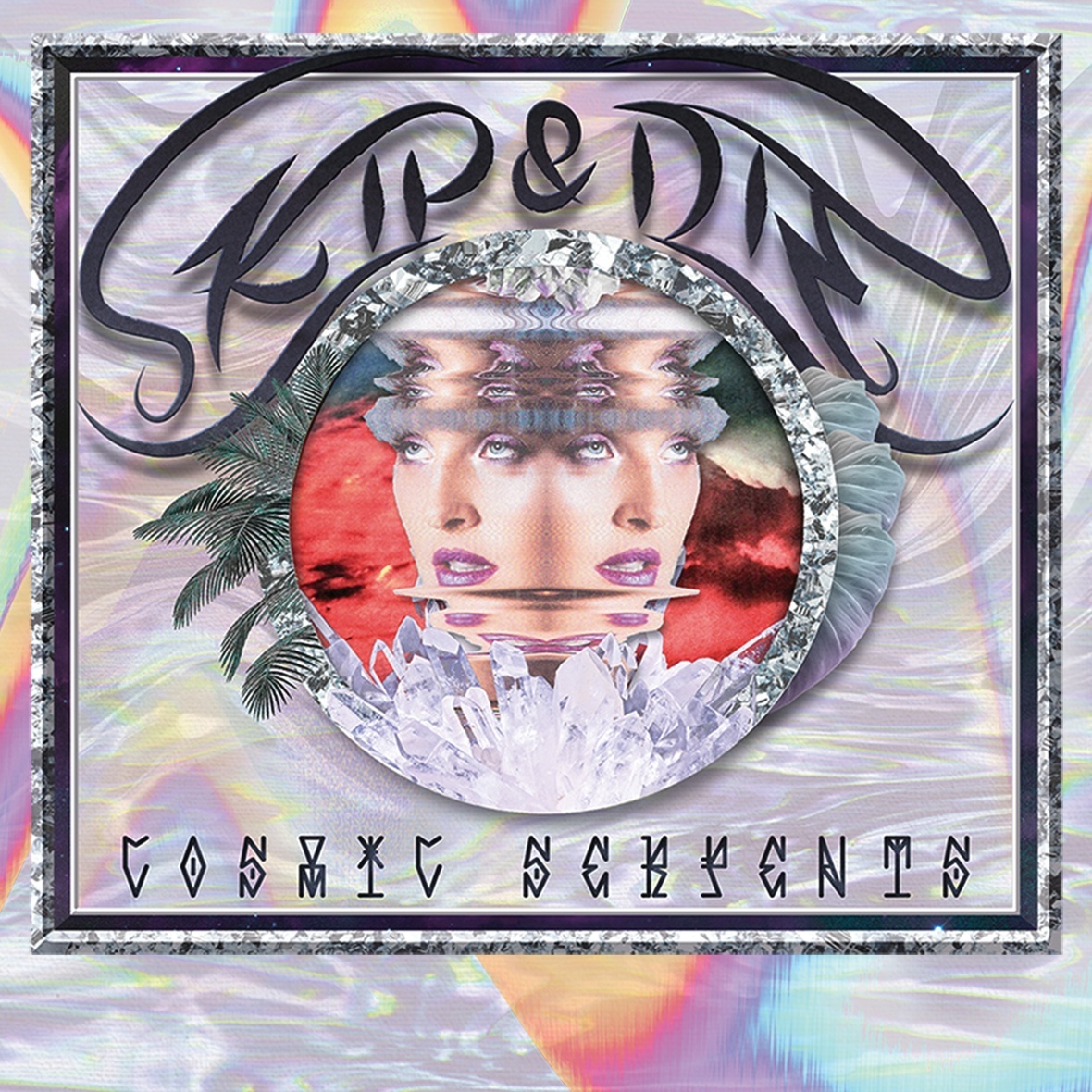 SKIP&DIE consist of songwriter, vocalist and visual artist Catarina Aimée Dahms aka Cata.Pirata, producer Jori Collignon on keys and FX, Gino Bombrini on percussion and guitar and Daniel Rose on guitar and other string instruments.