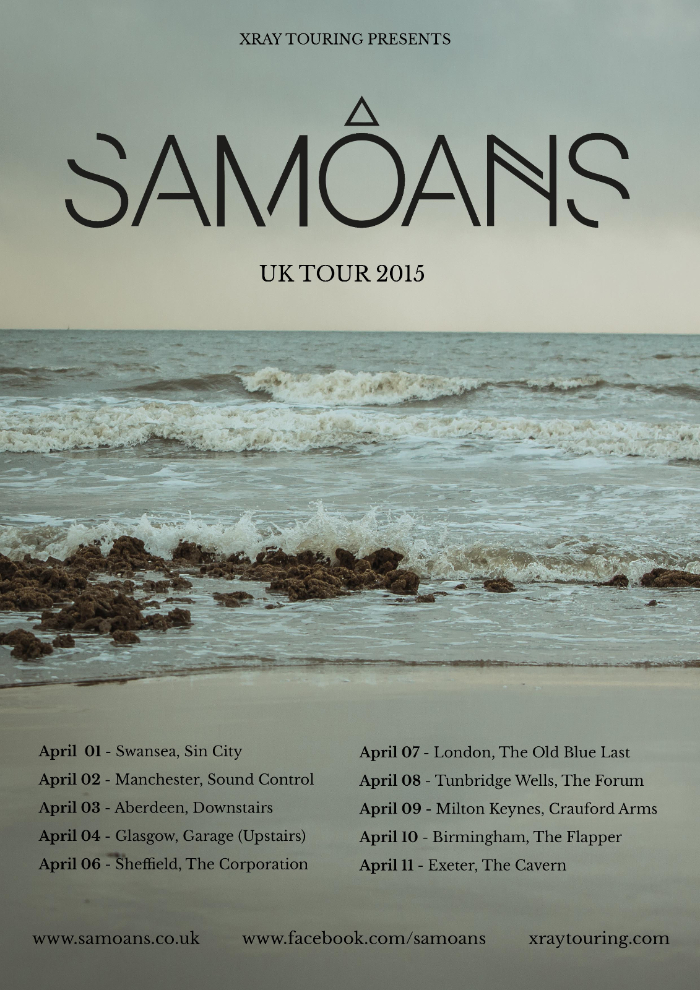 “They manage to instill the same icy, fragile beauty that Chino Moreno and company are famous for throughout.” – Metal Hammer (8/10)
“It’s exciting, it’s promising and it’s tireless in its execution.” – Rock Sound (8/10)
“arriving in a stoned haze of Oceansize-sized riffs and Mogwai-echoing introspection.” – Q
“after one listen, utterly necessary.” – Bearded
“a gorgeous post-rock epic “ – Classic Rock

Cardiff-based four-piece Samoans have announced a headline tour of the UK in April, having released their debut album ‘Rescue’ in 2014.

“We’re excited to be back on the road and heading to places we’ve not played before and to familiar places we’ve come to love! Following on from the release of our album, we’ll be playing some new material from our next record”.

The band have also released a free download of ‘Rescue’ album track ‘Lightning Beneath The Sea’, both in its original form and re-imagined acoustically – these are available here.

THE WAVE PICTURES share video for ‘Pool Hall’, taken from Bamboo Diner in the Rain, due out 11 November on Moshi Moshi + Live dates