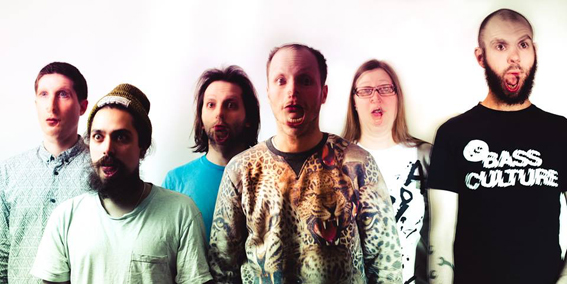 “Oh, this is a beauty…Seek it out. For Appearances of Collections is a far-reaching and fearless work, a dizzying instrumental adventure whose orchestral origins are given form and flight by the addition of traditional pop/rock instrumentation and the subtlest electronica.” – The Skinny

“Rumour Cubes stand out due to their dexterity, their ability to blur the lines of genre and venture into territory that other bands of this ilk wouldn’t so much as acknowledge.” – The 405

“Rumour Cubes have the skill and, more importantly, the heart that many of their contemporaries do not.” – Drowned in Sound

“This is art. It should be in a museum next to Van Gogh’s sunflowers”. – 7bitArcade

After five years, one EP and two albums, Rumour Cubes are finally taking their emotive music and engaging live show on a tour of the UK, which will see them performing alongside Sam Duckworth, 40 Watt Sun (Patrick Walker, ex Warning) and Sunwolf.

Rumour Cubes’ live show is a layering of orchestral, electronic and rock instrumentation, from which the sextet draw their unique sound.  Poet Steve Willey and vocalist Annie Rew-Shaw will join the band on tour, and the band will also be performing with a pair of MiMu Gloves, which guitarist, Adam Stark has been involved with developing over the past few years.

In August 2014, Rumour Cubes released their second album.  Appearances of Collections is a blend of disparate sonic landscapes, drawing from the ambience of A Winged Victory For The Sullen, the haunting melodies of Olafur Arnalds and the tonality of Vaughan-Williams, juxtaposed with rhythms and dynamics that lean more towards Tool or Battles.

The result is a wordless narrative expressed through interwoven strings, complex rhythms, epic guitars and driving basslines; Appearances of Collections is an emotional, textural experience which will take you on a journey through euphoria, anger, heartbreak and hope. 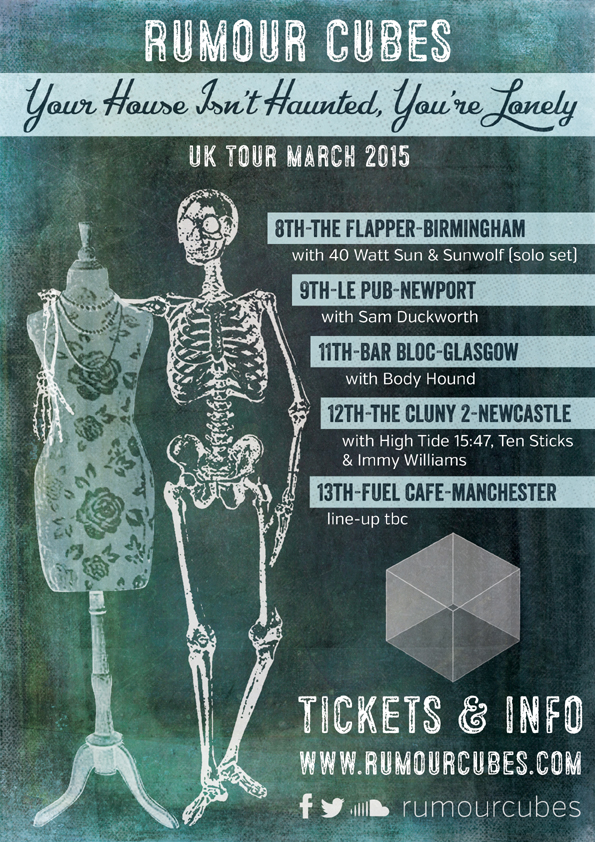