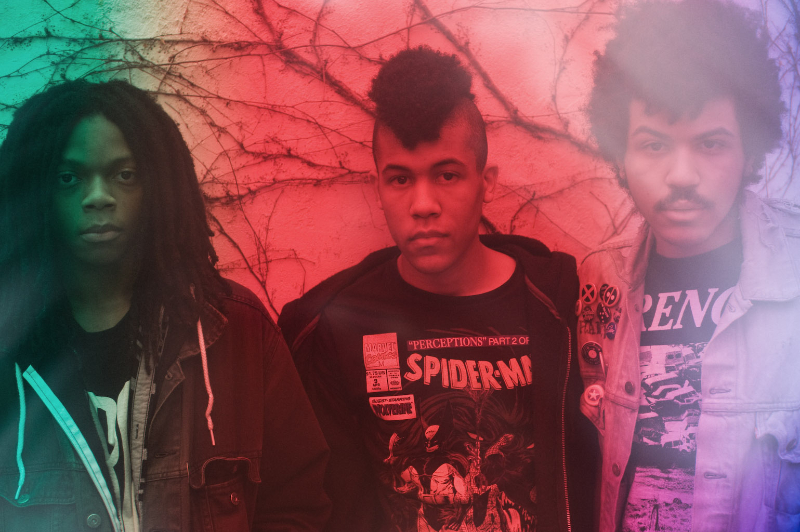 Missouri punks Radkey will return to the UK in March to begin work on their highly-anticipated full-length debut album with producer Ross Orton (who has previously worked with the Arctic Monkeys, Drenge, M.I.A., Tricky, Jarvis Cocker and many more).

Heading to McCall Studios in Sheffield, a world away from the humid continental climate of their family home in Missouri, the band are primed and ready to start the recording process.

“We’re really excited to get back to work on our first LP,” exclaims bassist and vocalist Isaiah Radke. “We’ve been experimenting with a bunch of new sounds, some of which are pretty different for us and we think that you’re gonna like what we’ve come up with.”

As a tantalising taster for their forthcoming opus, the band have revealed three titles for songs that they’ll be recording this coming March. We can look forward to hearing ‘Love Spills’, ‘Glore’ and ‘Evil Doer’ later this year.

Obviously it wouldn’t be possible for the band to come to the UK and not play at least one gig so Radkey are pleased to announce that they will be playing a one-off show at the Night And Day Café in Manchester on the 6th of March to debut new material.

“Last time we played Manchester we actually crowd surfed out of the building,” continues Isaiah. “It was awesome. So, yeah, come hang out and hear us play the new record!”

Keep an eye on the band’s social media for updates for recording updates and previews.