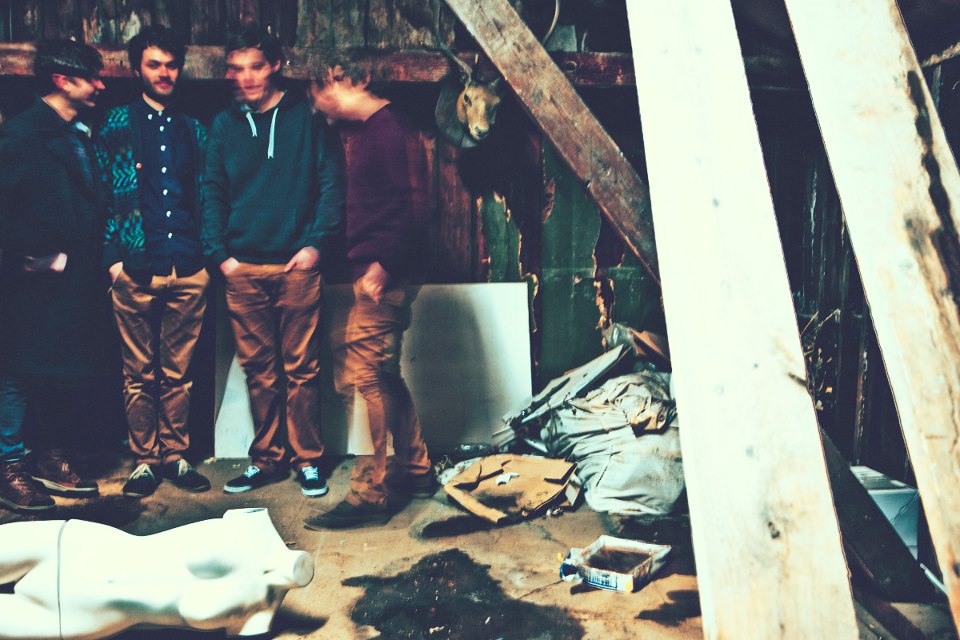 Our friends in Olympians, the mathy pop band hailing from London/Norwich have just announced the forthcoming release of their highly anticipated EP ‘Dance Like Everybody’s Watching And They Hate You’. This impressive 8 track EP is due via equally lovely label Barely Regal Records on 23rd March.

No strangers to the site, Olympians consist of Daniel Harvey (vocals/guitar/synth); Benjamin Thompson (vocals/guitar/synth/trumpet); Christopher Neil (vocals/bass) and Michael Parkin (vocals/drums/glock), and having formed due to their love for technically proficient bands such as Youthmovies and Don Caballero, the four-piece  have honed their sound, building a psychedelic twist into their penchant for technical exuberance.

The band began recording an album around 18 months ago and having recorded plenty of tracks they ended up with two records instead of one- which means double the Olympians enjoyment for us. The first EP release is more ‘Floaty Synth and drone related’ than their previous EP ‘Adventure Gun’. The second EP is also very nearly finished and the band are soon to announce their first EU tour with the talented Theo- dates to follow.

UK pop singer Pim Stones streams single ‘We Have It All’