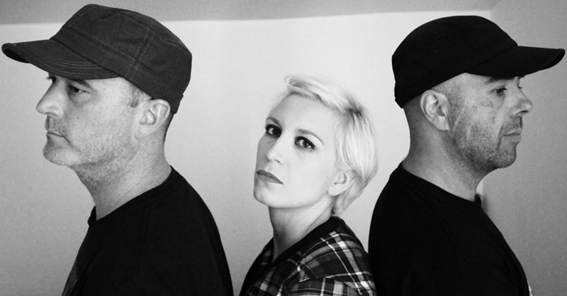 “Krautrock is undergoing something of a resurgence right now but few have dragged it in to the 21st century quite as well as Parastatic.  Fusing those wonderful, warm analog synth sounds with a modern dance sensibility.”  Echoes and Dust in The Guardian

‘’GlaxoChem’, the kind of space-drone that Jason Pierce was messing around with in the early 90s, with a repetitive guitar loop that recalls ‘Electric Mainline’. Soon to be joined by another insistent beat, it quickly resembles the type of sonic textures Neu! were exploring twenty years previously and it works fabulously.”  Sound of Confusion

“The kind of propulsive, joyous, trancelike music that bundles up the likes of Neu! The Orb and Spiritualized into one pulsating whole…a cloud-scraping slab of motorik bliss which feels like the band have managed to bottle the essence of the sun coming up in the morning.”  The Crack

“With pulsating bass lines and sweeping synthesiser melodies throughout this LP is a revelation in looping, much like Tall Ship’s debut ‘Everything Touching’, this album is a definite testament to the fact that it does not take structural complexity and mind-numbingly deep lyrics to create a perfect song.” Shout4music

Watch the new video for ‘I Am The One’
The band have already shared the track, ‘Old Street’

Recall Fade Return marks a welcome return from Tyneside krautedelic spacerockers,Parastatic.  Retaining the hypnotic repetitive elements of debut album, Lost Highway, Recall Fade Return has a more propulsive and at times urgent dimension, aided by the addition of Rachel Casey on live drums, shifting the band’s sound into a space somewhere between post-rock, shoegaze and kosmische.  As Drowned in Sound remarked of Lost Highway, “You can very easily find yourself lost in its spacey groove”.

The three titular tracks act as intro, interlude and outro to an album based around the concept of memory, with the other tracks each evoking a specific time, space or emotion associated with band members’ individual and collective memories.  With intro ‘Recall’ beginning our trip down the rabbit hole, the interlinking guitars and John Carpenter style synths of ‘Arches’ recalls the euphoria of underground techno nights of the same name, while ‘Saint Mary’ is inspired by late nights exploring the North Sea coast. ‘T.R.E.M.’ starts with disorienting polyrhythmic synths before guitars and Dinger-beat kick in and we take flight for the krautrock cosmos, leading into interlude ‘Fade’, which explores the interplay between right and left brain in short and long term memory.

‘Sorby Sunrise’, named for a tower block some of the band used to live in, is reminiscent of a time when twilight hours were spent forging musical bonds, while ‘I Am The One’ charts the loneliness and anonymity of Rachel’s time in Berlin with icy guitars and haunting vocals. In contrast, ‘Old Street’ is a full-on psych assault that melts into a vocal outro reminiscent of dreamy MBV.   Penultimate track ‘Oscillations’ lovingly celebrates a now-defunct Newcastle night devoted to all things kosmische, before the uplifting guitars and delicate synths of ‘Return’ end the album on a chilled-out, blissful note.

Recall Fade Return is out 9th March on 104 Records. 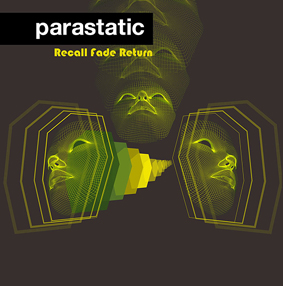