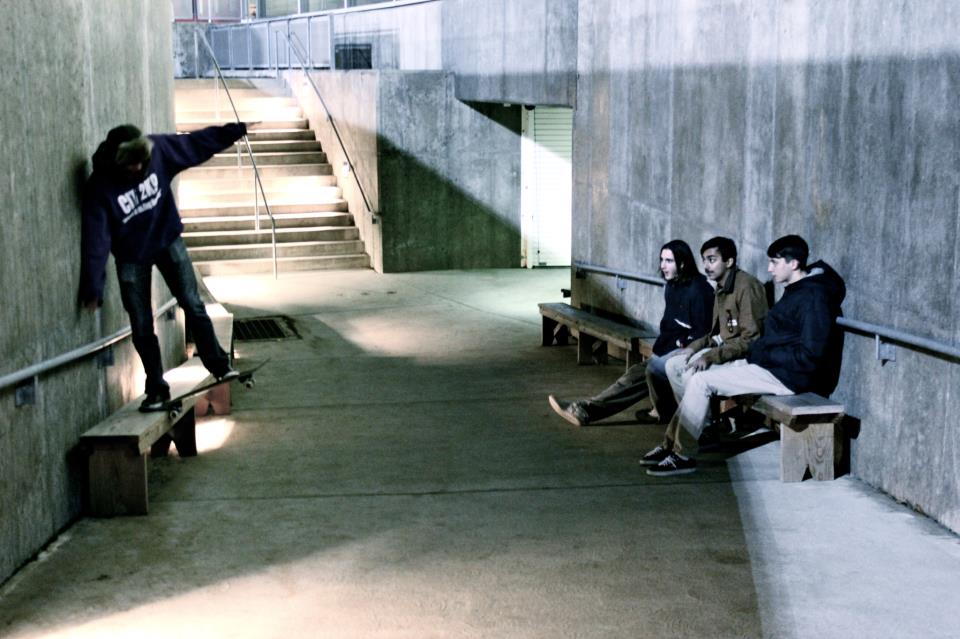 Nam Le is a post-hardcore/punk band from Allentown, PA. Since their inception they have released 3 Singles, 3 split EPs, and 1 full length album. They have a rich array of influences including Joyce Manor, Title Fight, Touché Amoré, Algernon Cadwallader, and Nirvana. Their influences give them a great punk sound as well as a deeply creative tone with an indie touch.

This innotive young band consist of Mike Emmerich, David Goodheart, Vibhor Sharma and Colin Zelin. Together their talents are proving unstoppable with an array of outstanding reviews complimenting their efforts. Nam Le, may be young, but this act which is bursting with potential,  are working incredibly hard to get their music heard. Live shows and tours are a must alongside many great recordings. The band are always working on new material

The band have just unveiled a new video for their track “Winter Coat“, which is taken from their split with PA punkers Shotgun No Blitz, watch below-

You can listen to the split streaming in its entirety below-

Nam Le are constantly posting new tracks, new videos and band news, be sure to actively follow their social media.