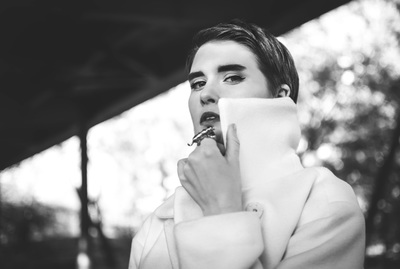 Melancholy, mellotrons and a best friend is the recipe for Linn Öberg’s new album “When You Go” .
“The album is like my own (yet unwritten) autobiography, because it feels very personal and marked by me and my experiences”
After a successful career start with the singles “Vacant Days ” and “The Carrier ” played on Swedish national radio, great reviews in Music Week and supporting act to Sinead O’Connor, she’s now releasing her first studio album .
In this collection of songs we find a new Öberg where the guitar based singer/songwriter we know from the debut EP evolved into an experimental and more keybased artist with melancholy songs focusing on separation and eruptions.
“When You Go ‘ is released on 18 February
https://www.facebook.com/linnobergmusic

We Are The City release ‘King David’ video!